Today we can all, with total certainty, say that it’s Groundhog Day. Because it actually is. February 2nd marks the popular tradition in the United States and Canada where a cute rodent predicts the weather (with mixed levels of accuracy). The day made famous by the film starring Bill Murray (and Roland Schitt). The day that casually became another way of saying; ‘OK, this is going on a bit too long’. And the day that, not so casually, became another way of saying; ‘Oh God, make it stop’. 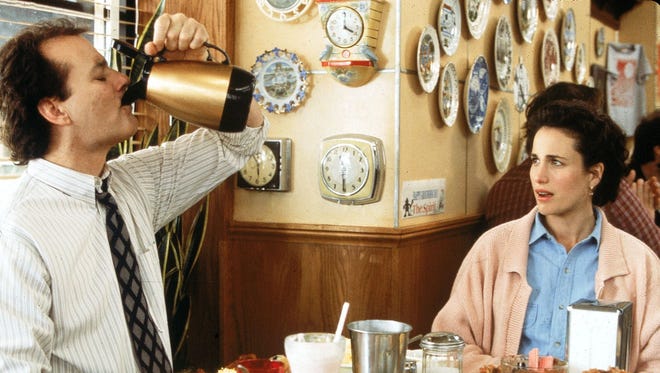 But there lies the problem – no consequences. And while our reality is packed full of consequences – too many consequences, it seems like neither Phil’s situation, nor ours, is any better than the other. Phil makes connections in one day, only for them to disappear into thin air at the switch of his screeching radio alarm clock. He might be able to eat enough doughnuts to make the founder of Krispy Kreme proud, but all the gluten in the world can’t take away his loneliness. We, meanwhile, have clung to Joe Wicks like there’s no tomorrow (please be a tomorrow) and signed up to Zoom classes, sometimes just in the hopes of seeing a familiar face.

All Phil wants is for tomorrow to happen, while we know there’s a tomorrow. It’s just that it doesn’t feel like a real tomorrow. So, what do we do with a different kind of tomorrow? Or rather, what do we KEEP doing?

I’m not going to go off into a rant about enjoying the small things, or leaning into the everyday. That’s doing a disservice to everything we’re already doing. And to how much banana bread has actually been made. Instead I’ll list a few thoughts that I had while re-watching the film, before I even knew that actual Groundhog Day was coming up. (If that’s not a sign, I don’t know what is). Essentially, at a time when the characters in the shows we watch feel like family and the cast of ‘Schitt’s Creek’ have basically replaced my best friends, watching ‘Groundhog Day’ on Groundhog Day is a reminder not just of life imitating art but also of the importance of finding comfort in places you never expected.

⏰ Particularly with my dad

⏰ Help others where you can

⏰ Don’t drive with a Groundhog on your lap

DO NOT SET YOUR ALARM CLOCK TO A RADIO STATION TOMORROW MORNING.