Despite having watched each episode twice over, Normal People, to me, now feels like a distant memory. And that’s more of a conscious choice because I think, at one point, I was in over my head. Did it make me feel nostalgic? Heartbroken? Sad? Happy? Excited? Optimistic?

Well, yes. All those things.

And more, so much more.

The show made many of us believe that we are Marianne and Connell. Or at least, had been. At some point in time. In a different life. In a different period. In a different guise. We saw pieces of ourselves in them; be it the insecurity, the uncertainty, the passion. We’ve had summer jobs, we’ve had our hearts broken, we’ve been unsure of ourselves, of others, of where we’re going in life. Perhaps we still are.

In the final episode, we were left wondering if Marianne and Connell would go the distance. The desperation, the fascination – to know if they end up together, was like a projection of our own fear of our future. Or maybe that’s just me, projecting on to you, right now.

But don’t pretend you don’t agree – a little bit.

To get me out of my own head, and into the Normal People world in a more productive sense, I chatted to the show’s Location Manager, Eoin Holohan, for a recent episode of The Screenster Podcast. He was responsible for sourcing all the locations for the programme; from Marianne’s family home, to the high school where her and Connell exchange that look with each other, to the building that hosted the infamous Debs night. 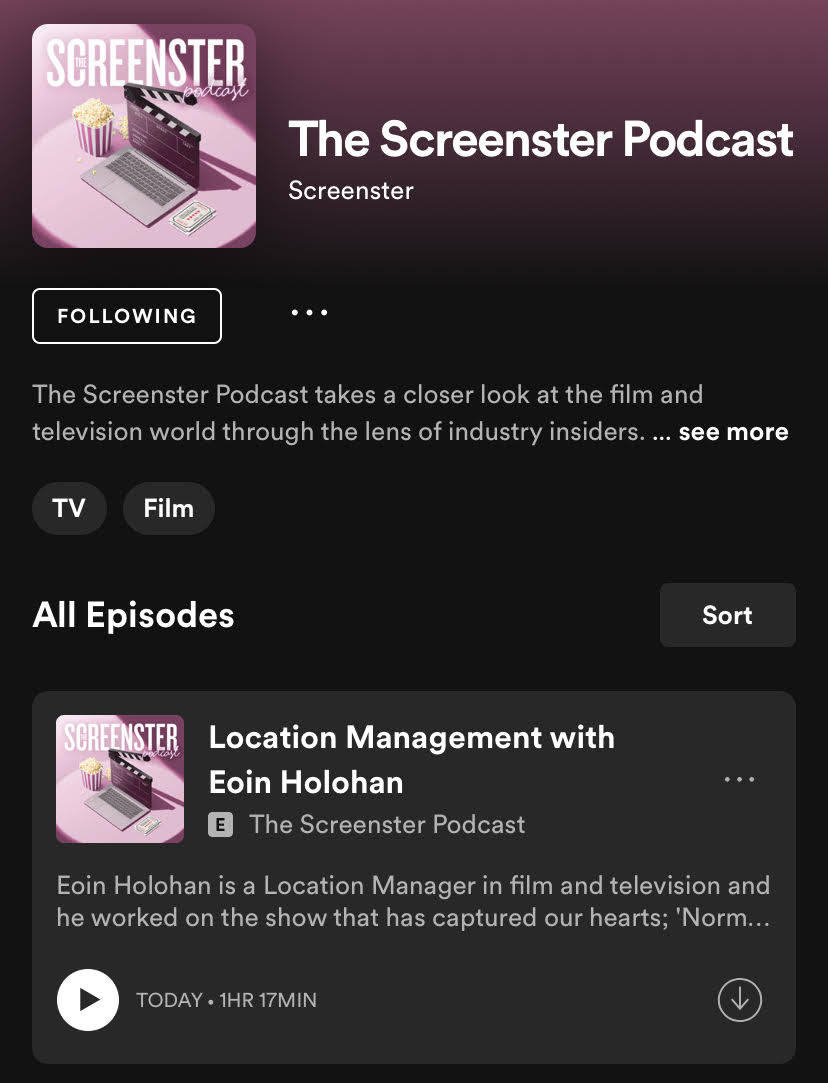 Eoin talked to me about his process on the show, as well as what his favourite location was. He also told me why the story resonated with him and how the locations have, unintentionally, become tourist attractions. We chat about people’s fascination with visiting the sets where their favourite TV shows or movies are filmed and why we often want to immerse ourselves in this world (I am very much included in this category).

Have a listen over on iTunes, Spotify or wherever you get your podcasts. I hope you enjoy the chat as much as I did!

Knives Out at the BFI Film Festival