It’s a Beautiful Day in the Neighbourhood

Or rather, in the Baby Club in an EVERYMAN Cinema on a Tuesday morning.

I joined my friend (with her baby) this week. Because, well, I’m a freelancer and I thought I’d take advantage of the ‘softer’ sounds and the coffee and cake that gets brought right to your seat. Basically, it was heaven. 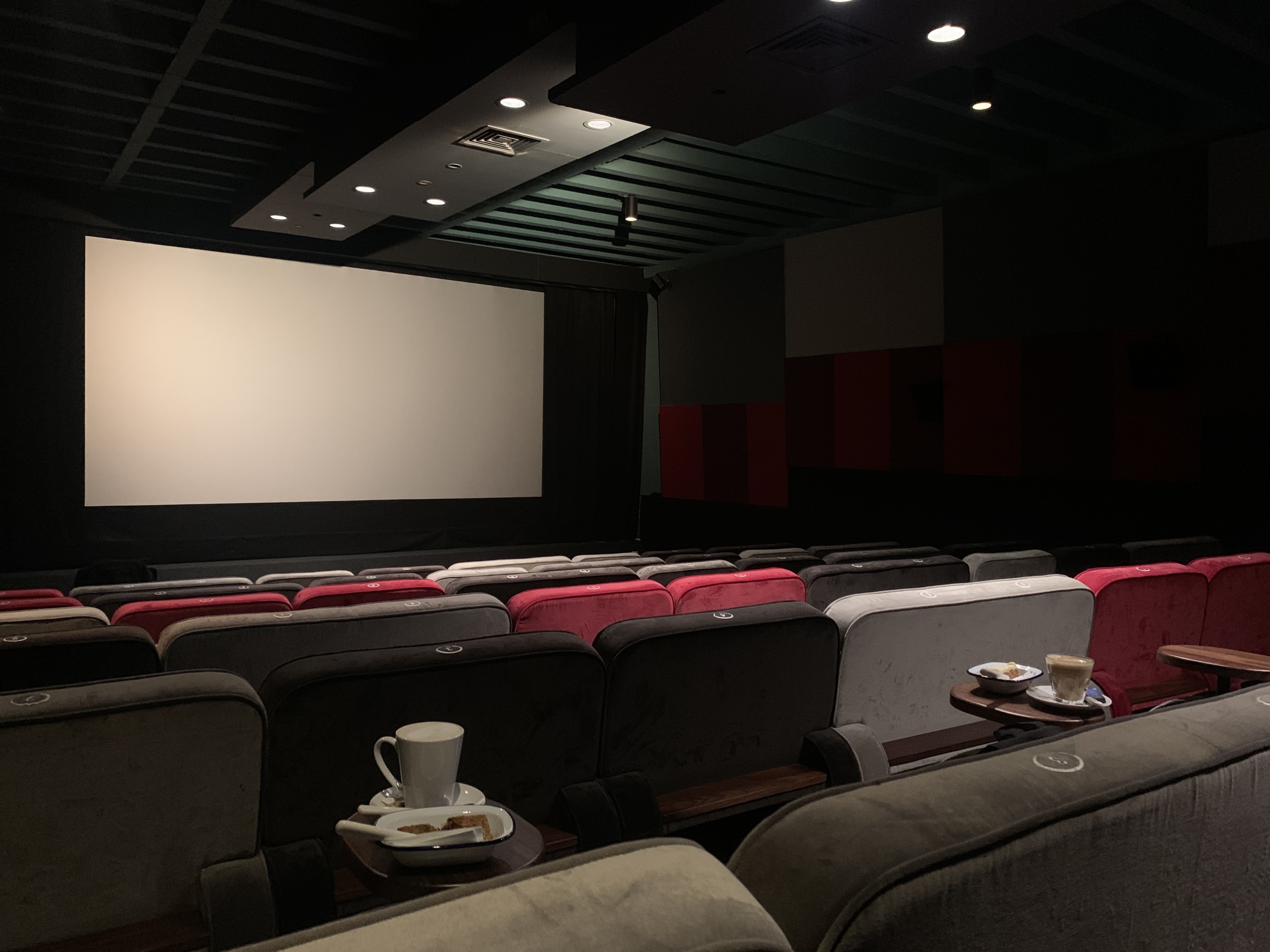 As the film played, I looked at the beautiful Miles (my friend’s little one) sleeping soundly on her lap and felt an overwhelming sense of contentment. A lady warned me about the probable screams during the movie but I assured her that this daytime, practically-empty screening was not going to bear witness to my regular cinema frustrations (no talking, no phones – IT’S REALLY VERY EASY). But not here. Firstly, because I don’t think I technically meet the criteria for Baby Club yet so I’m not sure they’d listen to any woes. Secondly, you know what you’re signing up for when you come to one of these; the first rule of Baby Club is – you do not talk about Baby Club. (Just kidding – tell EVERYONE. It’s amazing). Yes, there is crying and screaming, but some of the adults were just as guilty of shedding a tear too.

It’s a Beautiful Day in the Neighbourhood couldn’t have been a better fit for my first Baby Club time. The soothing tones of Tom Hanks as Fred Rogers are enough to make anyone feel calm. Matthew Rhys stars alongside him as journalist Lloyd Vogel who is assigned to interview Rogers for an Esquire article about ‘heroes’. Vogel thinks this piece could be some sort of expose – because surely this kids’ entertainer/presenter/general-everyday-superstar can’t be as nice behind the scenes as he is on the surface? Well, much to Vogel’s surprise, he actually might be. And the movie is a great exploration of this while simultaneously avoiding the pitfalls of being twee or preachy. This isn’t necessarily a story on how to be good. Or how to do good. But a look at individual lives and how sometimes the smallest, simplest things can impact people in big ways.

Hanks is, as expected, sublime in this role. His casting might seem a little predictable since the man is Hollywood’s Mr Nice Guy after all. But perhaps the joke’s on us. Do we even know who Tom Hanks is when the camera cuts? To an extent we do, I guess. We know he’s married to the glorious Rita Wilson, that his CV literally sparkles and he appears to be a family man. But we don’t know him. Not really. We don’t know what his personal habits are or whether he got on with his mother or father. Or if he’s ever had any difficulties raising his kids. Because it’s really not the point (as long as anyone isn’t a fundamentally bad person, of course). Because it’s none of our business. Rhys’s character Vogel tries to uncover some dirt on Rogers, just as we might do with anyone considered a ‘celebrity’. But he’s left disappointed. The irony is – the disappointment comes from himself.

Before I watched this movie, I was under the same impression. I thought it would be a ‘hero-turned-not-so-hero’ story (I didn’t know anything about Fred Rogers). Or simply a ‘beneath the surface’ probe. How wrong I was. But it’s also important not to assume that this is some sort of gentle production about life being filled with rainbows and butterflies. Just as Rogers, in the film, acknowledges he has had his own private struggles because he’s only human, we start to see a hidden pain from Vogel unfurl. You could say that his journalistic probing is some sort of mask – a way to project, or certainly deflect, his own struggles.

Alright, alright. Let’s not get too analytical here. I guess what I’m trying to say is that it also kind of encourages you to question your own childhood, pain, thoughts and coping mechanisms. Vogel doesn’t always cope in the best way (he is, of course, only human too) that, we learn from an early point in the film when he’s physically fighting with his estranged father at his sister’s wedding. And he’s first presented on our screens, thanks to Rogers and his on-set props, with a bloody nose and a noticeable sign of trouble in his eyes. Pretty soon we’re aware that the film isn’t necessarily going to be a deep-dive into the famous presenter’s life but a look at the positive ways he affected those around him. It’s great to watch how this plays out through Rhys’s portrayal of Vogel. Shout out also to Chris Cooper who plays Vogel’s father. In one scene where he and his dad have a candid chat about life and its meaning at 4am in the living room, I had to stop myself from bawling. (I couldn’t wake the babies could I?!)

What’s also special about this film is how I felt afterwards. Hanks’ portrayal of Rogers made me want to be stiller. (Is that a word?) He holds himself with poise and steadiness – taking time to look deep into the camera at his audience or his puppets or a collapsing tent. When he interacts with Vogel for the first time, he tells him that right at that moment, speaking to him ‘is the most important thing in the world’. And what a lesson, right? We’re all so rushed. I constantly feel like I’ve got five other things to worry about when I’m speaking to one person. Being present is something I’m really trying to work on. Being still is something I’m really trying to work on. And so –  my question is why not? Why not – when we’re doing something – no matter how small – no matter how big – why not make it the most important thing you’ve ever done? Why does that concept scare us so much?

For me, it’s talking to my mum, to my dad, to my sister, to my boyfriend, to my friends. I’m trying to work on being more present with them. Really tuning in. Really listening. Giving them my undivided attention. Because lately, I’ve been feeling (like a lot of people, I’m sure) bloody anxious. Anxious about something. Worried about everything. So why not, during these times, make these the most important moments? A conversation with my mum, with my sister, with my dad, with all the people I love should be the most important thing. And even when it’s not with people you necessarily love – maybe taking the time to not think about your anxiety or stress or worries – for just a few moments – might do the world of good. So let’s shut the chatter out. Let’s be a bit more Rogers. And, like the hero himself says, let’s appreciate ‘the people who loved us into being’.

Loved us into being.

I can’t think of anything more ‘Beautiful’ than that. 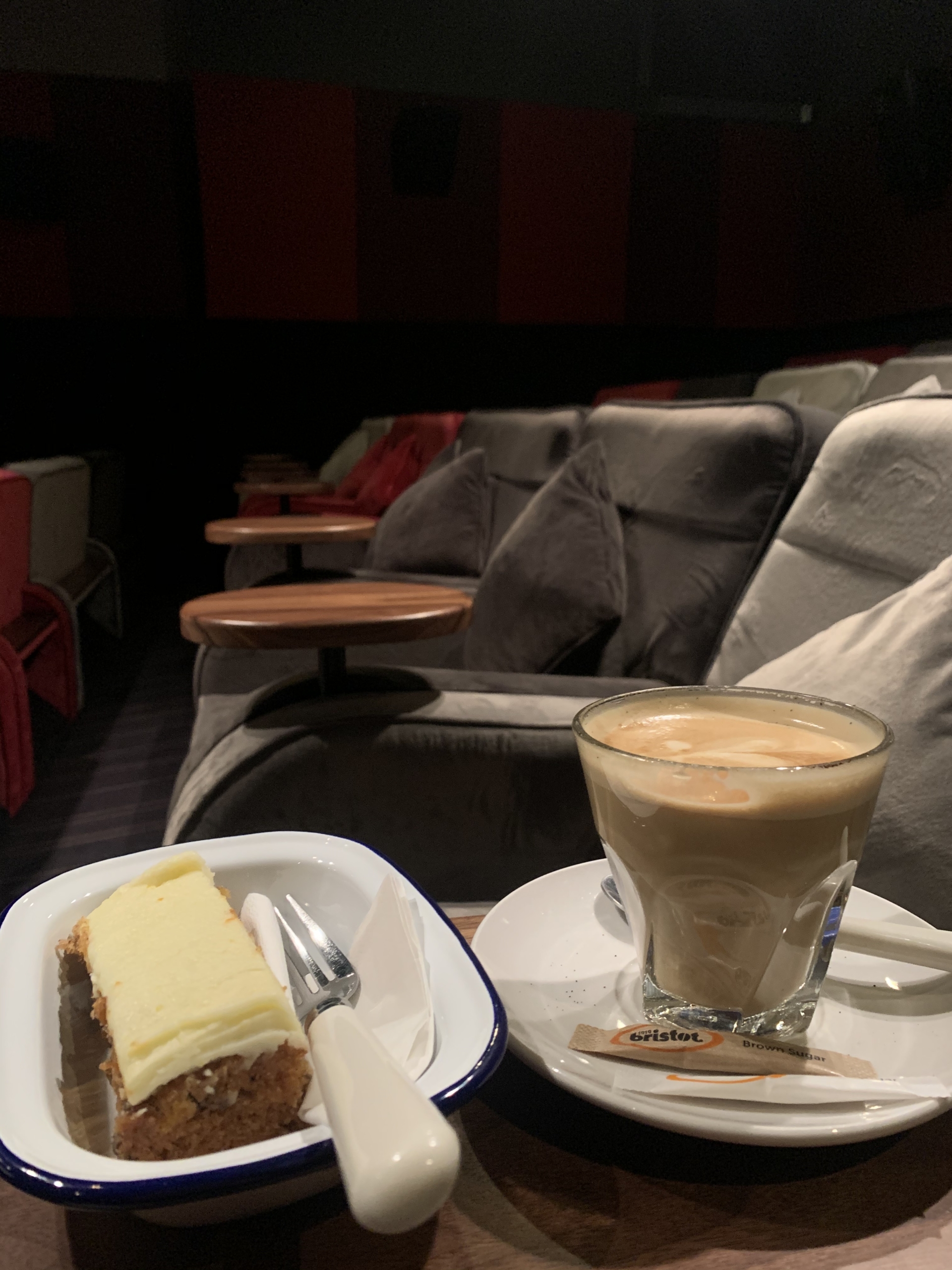