Knives Out at the BFI Film Festival

Knives Out is (legendary) director Rian Johnson’s latest ‘Whodunnit’. The movie tells the story of the Thrombey family whose patriarch is suspiciously ‘killed’ and they need to get to the bottom of, well, who done it. Cue three hilarious policemen led by Daniel Craig sporting an impressive Southern American accent (it’s nice to see him in something that isn’t awfully British). He seemed to be having a grand old good time in this role. But nobody else is happy, that’s for sure. Characters are being interrogated left right and centre. Others are throwing up because they can’t tell a lie. It’s hilarious and yet wonderfully oh-so-intense in one big bundle.

Throughout the movie, you could tell that director Johnson was enjoying himself. It’s the tight writing of the script; it felt nicely self-aware while also being very serious and it was a nice combination to watch play out. I suppose that’s the beauty of murder mysteries; we know what they are, we know something is going to be revealed at the end. But this film adds its own unique spin onto the genre. It doesn’t follow this same formula – it keeps us guessing, it adds more surprises and just when we think we know what’s happening, you’re shocked all over again. The actors added to this humorous side with their brilliant performances, of course – whether it was Toni Collette’s LA-sounding mother or Michael Shannon’s frantic character. Let’s also not forget Great Nana Thrombey who, in the blink of an eye, managed to simultaneously make the audience jump and fall about in hysterics.

My favourite part of this movie was the setting. You can just tell (I double-checked…) that it was filmed around the Boston area. The big house, complete with autumnal trees, made you want to jump into the screen and join them for a walk around the grounds with the dogs. Although we’ll do it at a time when murder isn’t on everyone’s minds and policemen aren’t running riot. But it was nice to admire from afar. It reminded me of the weeks I spent on the East Coast by myself (soft shell crab for one please) – I visited Boston, Salem and other places and I just wanted to wrap up and have a walk with a coffee in hand every day. OK, it was actually very lonely at times. But I’m looking forward to re-visiting it with someone else now.

You’re missing a trick if you don’t see this film. It’s not every day that we get a juicy whodunnit without some sort of Agatha Christie attachment. Or a BBC label. Or general it’s-going-to-be-a-tiny-bit-predictable vibes. This production is different. It’s Hollywood. It’s jam-packed full of your favourite actors. It’s witty. It’s charming. It’s released here in the UK in the peak of autumn/winter – 29th November. Perfect. Go see it, go see it, go see it. 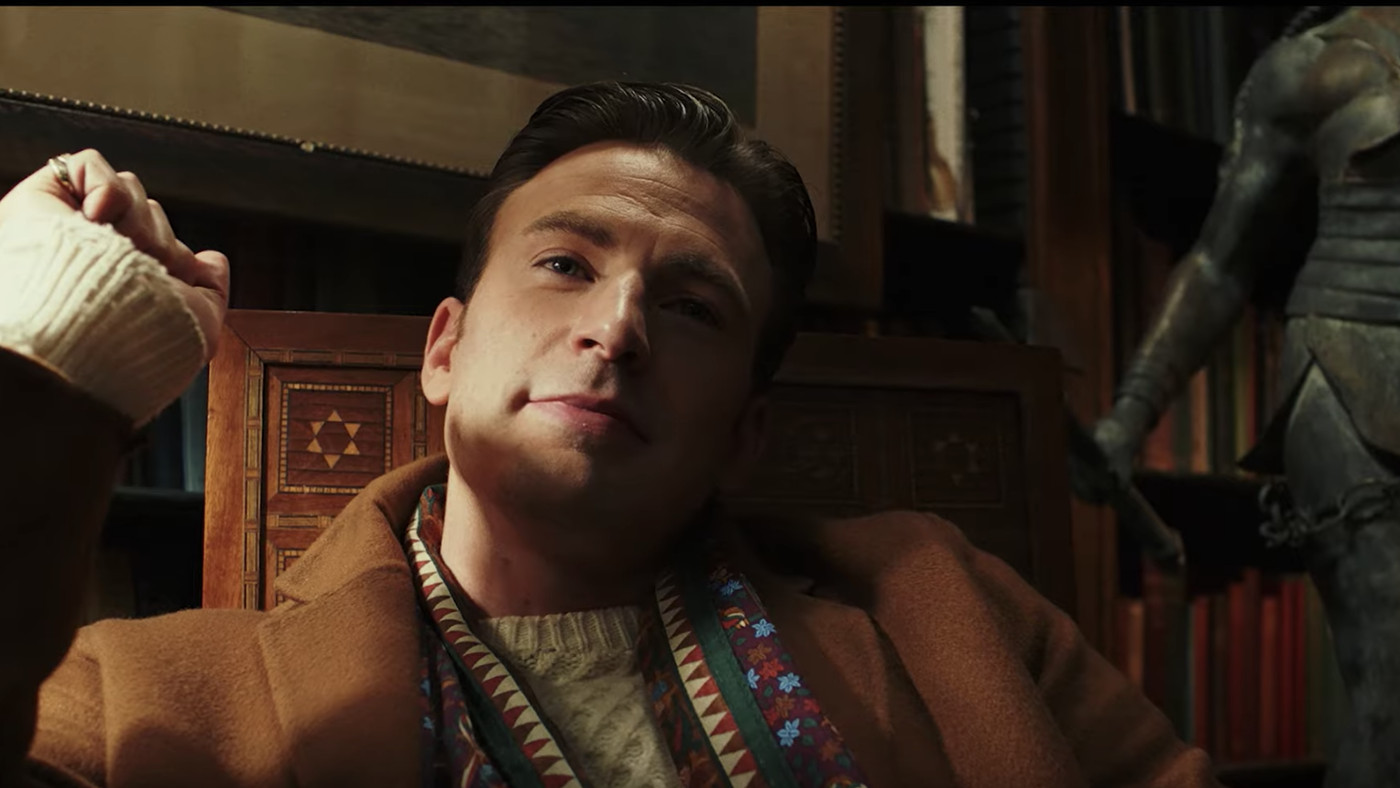 What to Watch this Summer