Jojo Rabbit is director Taika Waititi’s (Hunt for the Wilderpeople, Thor: Ragnarok, What We Do in the Shadows) latest dark comedy. It’s a story about a small Nazi boy, Jojo Betzler, who, along with his imaginary friend Adolf Hitler, must navigate his way through a war-torn childhood and a Jewish girl hiding in his upstairs cupboard.

The cast is brilliant. Waititi, as a predictably monstrous and idiotic Hitler is hilarious. Sam Rockwell as Captain Klenzendorf has to be a favourite too – the secret glances to Alfie Allen, his second in command, were comedy gold. And, of course, there’s Rebel Wilson and Scarlett Johansson on board to help steal the show. Johansson plays Jojo’s mother; a brilliant role that’s humorous and heart-breaking in equal measure. One minute, watching her and Jojo together, we’re chuckling along. The next, I was weeping into my Pret coffee. Let’s also not forget Jojo Rabbit himself, played by newcomer Roman (I’m not going to list his surname – they’re only young’uns!) and his little friend Yorki played by Archie. Together, they couldn’t have made a sweeter and hilarious duo.

The beauty of this movie is in Waititi’s ability to capture so many emotions in a fleeting moment. No sooner does the laughter stop than a bomb explodes or a dead body hangs in the middle of the town’s square – more Jewish people have fallen prey to the Nazis and their atrocities. And the next, we’re back to Jojo trying to woo his new secret friend upstairs. Or Stephen Merchant turns up on Jojo’s doorstep as the Gestapo, with his usual dry humour subtly tucked just underneath a creepy veneer.

If you’re a fan of offbeat humour, as I am, then this is the film for you. Waititi nails coming-of-age stories. Hunt for the Wilderpeople is still lurking in my mum’s TV cabinet after I ordered the DVD for her on Amazon. (I know – vintage. And I’m still heartbroken she hasn’t watched it yet). But while HFTW is less of a risk as it didn’t put Nazism in the storyline – Jojo Rabbit absolutely wins the day.

The film is unlike anything I’ve seen before. It’s gentle and yet horrific, it’s hilarious and also devastating and it’s gut-wrenching but inspiring. So go see Jojo Rabbit if you want laughs. If you want to think. Want to remember. Want to cry and, crucially, want to watch a little bunny escape to his freedom.

Taika, please can I act in one of your films in the future? You’re a legend. 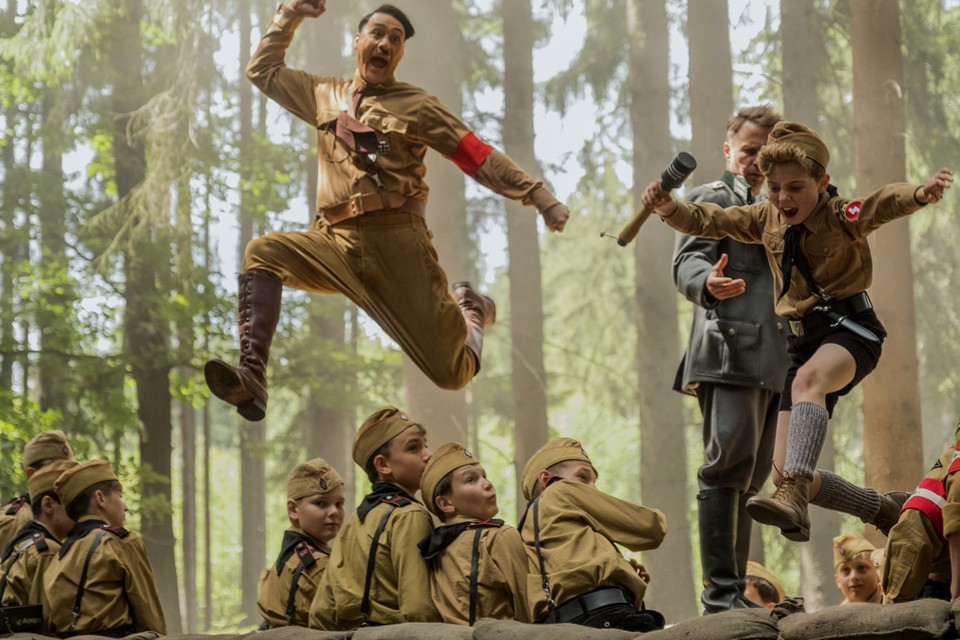