An Interview with Robert Luketic: Director of The Wedding Year & Legally Blonde

“Meet Mara. She’s a carefree aspiring photographer who just started dating Jake, an aspiring chef. After wedding invitations pour in, Mara and Jake embark on a year-long adventure that puts their new relationship to the test”

Robert Luketic has a new movie out. The Wedding Year stars Sarah Hyland, Jenna Dewan and Anna Camp. As someone whose calendar has now been taken over by hen dos and weddings, I could absolutely relate. As for the rest of Robert’s CV? It is packed full of other brilliant films like The Ugly Truth starring Katherine Heigl and Gerard Butler, 21 starring Kate Bosworth and Jim Sturgess and, of course, the legendary Legally Blonde starring Reese Witherspoon. Robert talked to me about the process on his latest film. I also found out more about his journey from film school into studio films, why weddings continue to be a good talking point in movies and why the romantic comedy genre is so important.

Can you tell me a bit about The Wedding Year and how the film ended up in your hands?

The Wedding Year is about this Los Angelian called Mara Baylor and she’s a bit of a hot mess when we meet her. She’s the complete antithesis of all these things we normally think of when we think of a romantic comedy lead. But what was so interesting to me was that moment when you meet someone and fall in love. All the rules that you have, all the things that you thought were important, all of a sudden you throw them out the window. And it’s just fascinating to me to see that happen. It had a fresh voice and I loved it. Sarah Hyland, who plays Mara, was developing this script with the studio that I work for, Lakeshore, and they sent me the script and I was like I love this, let’s do it. And that’s how The Wedding Year began.

Did you have any favourite moments on set while you were shooting?

All of them! I’ll be really honest with you. I was terrified going into this because most people start off in the indie world and they end up, you know, making studio films. I started out making all these like big studio films and then I get to this project and I do it because I love it. You normally get three or four months of prep. I had two weeks. I just had to strap in and go aahh! It was like you’re on a roller coaster. But it taught me to think on my feet. It taught me to be resourceful. We had to make every dollar look like a hundred dollars. And you can only laugh because on some sets my Production Designer just had a wall and a can of spray paint. But we made it look good. And I love that resourcefulness. It’s that resourcefulness that limited resources give you. 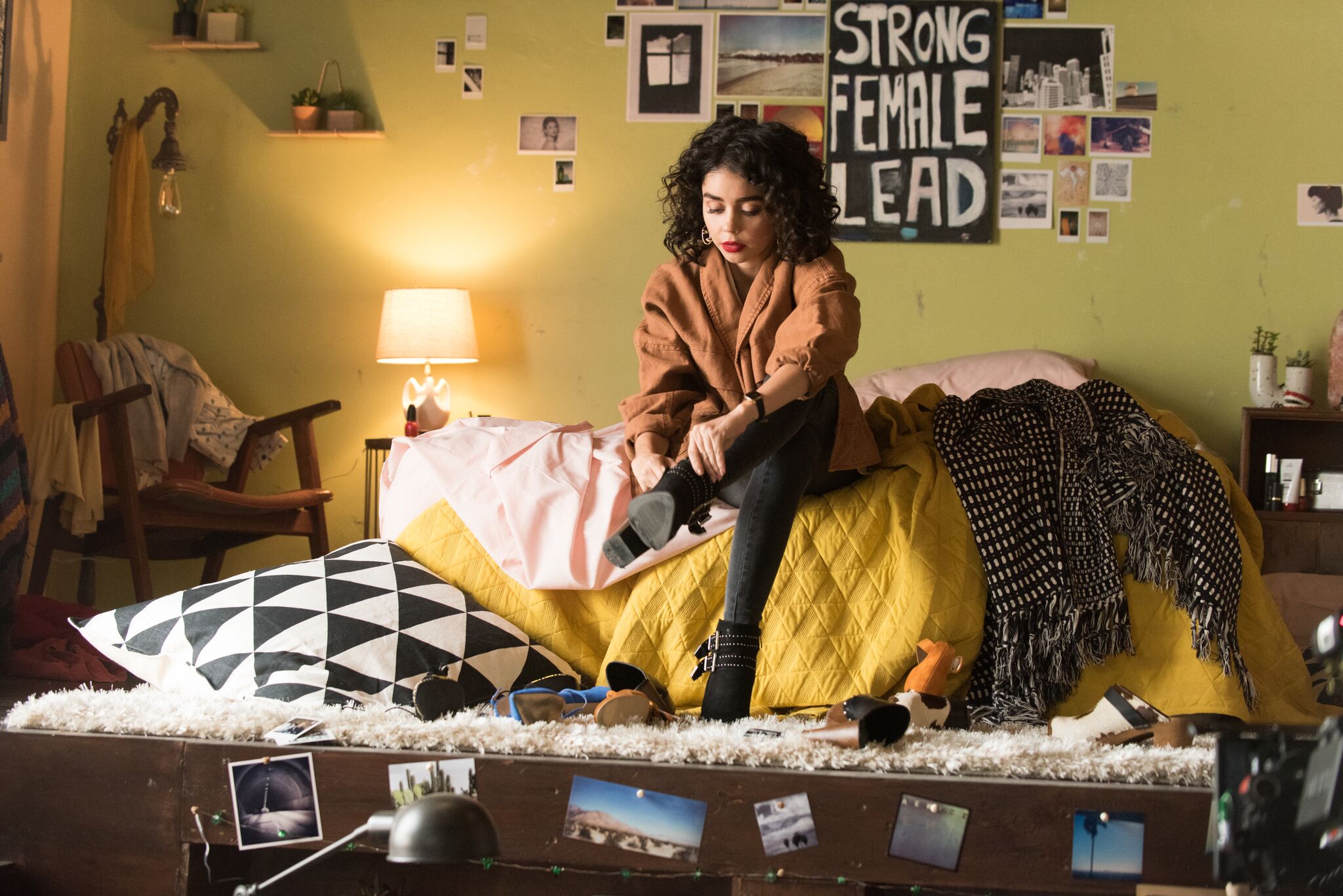 How did the film’s casting work? You’ve already worked with the brilliant Wanda Sykes, for example. Did you seek out certain actors or was it quite an open casting process?

For some, we were very specific. The Executive Producer was Sarah Hyland – she was the lead and that came with the project. I loved Tyler James Williams (who plays Jake, Mara’s love interest) I was a fan of his. But Sarah and I, once we met Tyler, we knew immediately that’s who we wanted. I was a huge fan of Anna Camp. I’d met her and I knew I wanted to put her in a movie. The same with Wanda Sykes. I sent Wanda a text. And Matt Shively who plays the best friend – he’s such a funny warm guy. He’s a friend of Sarah’s so that was kind of easy. And then the rest was an open casting situation. They came in and we read them and it was a lot of fun. It was shot locally so for a lot of people they just had to roll out of bed and turn up. And that’s a luxury in Hollywood because we shoot everywhere except here these days.

Weddings continue to be a good talking point in the rom-com genre. Why do you think that is?

I think that they are such pressure-cooker environments that quickly bring a lot of issues to the fore in a way that’s very concentrated and very relatable. Weddings take place all over the world in all their shapes and colours. We all get what this union is. We get its significance. We get the pressure behind it. We get the traditions behind it. We get notions of cold feet; is this forever? What does it mean to be forever? Just dramatically and comedically – it creates a really wonderful stage for things. Everyone’s nerves are frayed. People are running on fumes sometimes. I just find it funny. 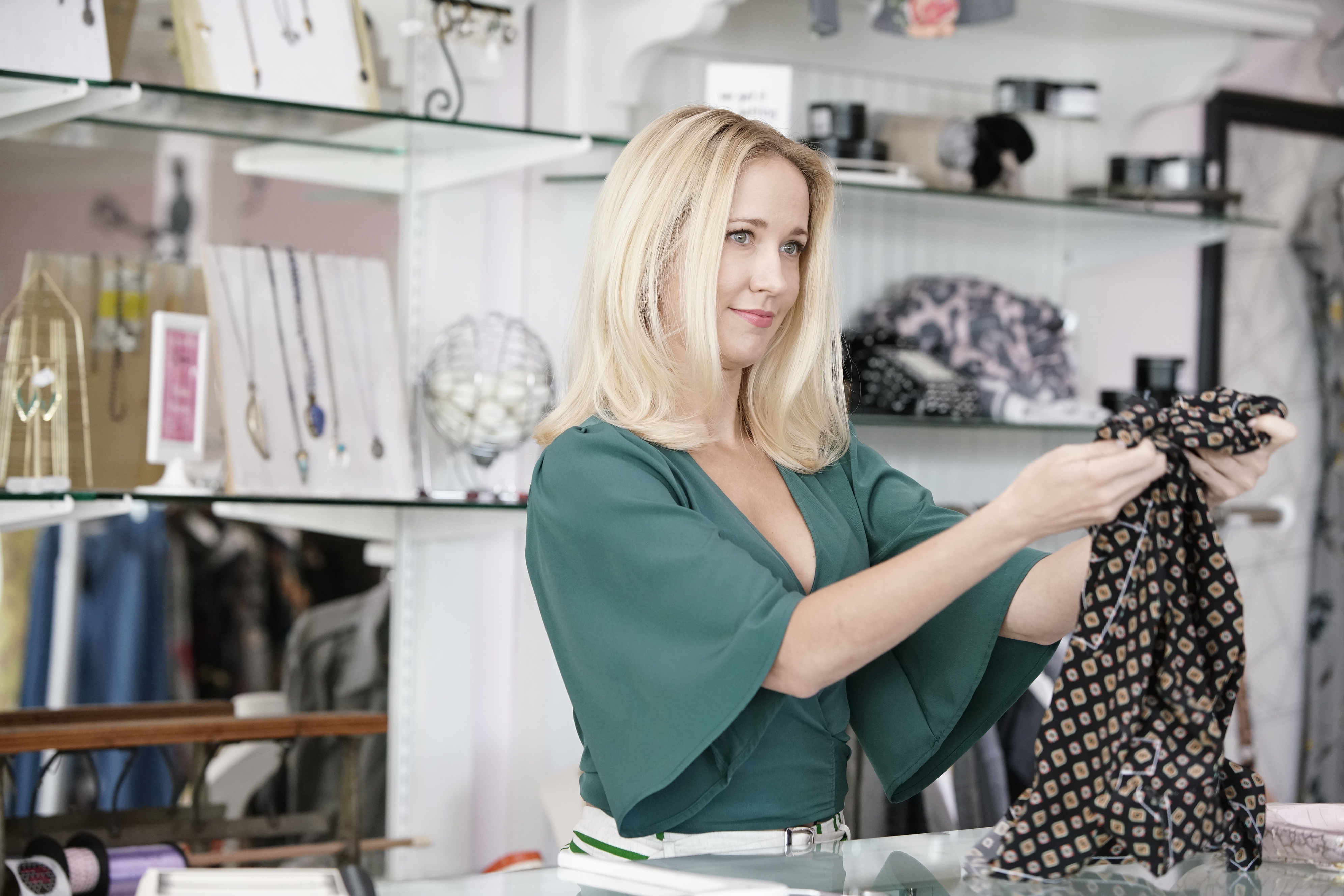 You’ve directed some wonderful films (Legally Blonde, The Ugly Truth, Monster in Law). Why do you think the rom-com genre is such an important one?

It shows us with more in common. There is more that unites us than separates us and that thing is love and I think that’s a really wonderful message. Wherever in the world you are, whatever you look like, whatever shape you are, it’s what unifies us. It’s something that we’re all capable of and the power of it is extraordinary and inspiring. And it’s also ridiculously funny because the things we do for it are stupid sometimes! It’s an engine for a comedy.

Some people love to be dismissive of this genre – why do you think that is?

I think it’s just personal taste. Some people don’t like action movies or thrillers or horrors. There is a movie for every taste in the world, there really is. For so many years it was always called a very derogatory term; a ‘chick flick’ as though only women can appreciate falling in love or a movie about romance. It’s bullshit! Men fall in love too, so to say that it’s just a chick flick is very insulting to all the people that have worked very hard on the movie.

Netflix is proving that this genre is very much alive. So much so that all the major studios who told me five or six years ago that they didn’t want any romantic comedies, all of a sudden were saying that they wanted romantic comedies. What happened was that people stopped going to the cinema to see them. We have this thing about the big screens but I don’t see the difference. A screen is a screen and it’s great for us filmmakers because we can bind an audience again. All genres are back. Everything’s fair game. And there are enough people to finance the making of these types of films. It is the Wild West still because we don’t know how many streaming services are going to survive. How many more subscriptions do we need? At some point, it’s going to cost us 600 dollars a month just for entertainment! It will all work itself out. But it’s a great time to be a filmmaker.

Do you find there’s a big difference in your process between films like 21 or more light-hearted films?

No, it’s filmmaking. My toolbox is – am I being funny here? Or am I being romantic? Or am I creating tension? Or am I manipulating you in some other way? That’s just a toolbox of stuff that I do. There are some visual, tonal things that are different. Certainly, the mood on a drama or movie like 21 is tenser because it’s a tension piece but no, filmmaking is filmmaking. Whether I’m shooting a bag of frozen peas or Reese Witherspoon, it’s filmmaking. It’s the same.

You went to film school and then you worked on Legally Blonde. How did this come about?

I started out making very dark stuff in film school. You know, like we all did! As film students, we were so heavy and were all so serious! So in my third year I asked: how do I stand out here? So I made a musical – I made a romantic comedy musical in ten minutes called ‘Titsiana Booberini’. It screened at Sundance and Telluride and it changed my life. I got a three-picture deal, an agent and a manager and I moved to Hollywood. I mean it was literally that crazy. And so that was my path. Remember VHS? I probably sent out 50 VHS cassettes to all these festivals after I graduated. Because you have to be proactive. You can make a movie but if you don’t show it – if you’re not actively doing something with it, then it just sits there. So that was my journey.  That’s how I got Legally Blonde; from a ten-minute musical about an Italian girl with a moustache.

I’m a huge fan of Australian content. Have you got things in the pipeline based over there?

I have a limited series and I also have a feature film which I will shoot in Australia. So I’m very excited. I don’t know which one will go first. And then I’ve got all these books that I’m adapting and doing work on right now. There are piles of scripts! It’s a bit of a factory at the moment because the stars have to be in alignment. There are so many things that have to come together. And I have one which shoots in London as well. I want to work. I want to work in a range of genres. and that’s what I’m doing.

Have you worked with many British actors?

Tom Connelly, a young man from London, is in The Wedding Year. Actors and actresses from the UK are amazing – some are classically trained, some are just instinctual. I’ve worked with Gary Oldman – I consider him a friend. So yes, I do love the Brits. I feel very at home in the UK. 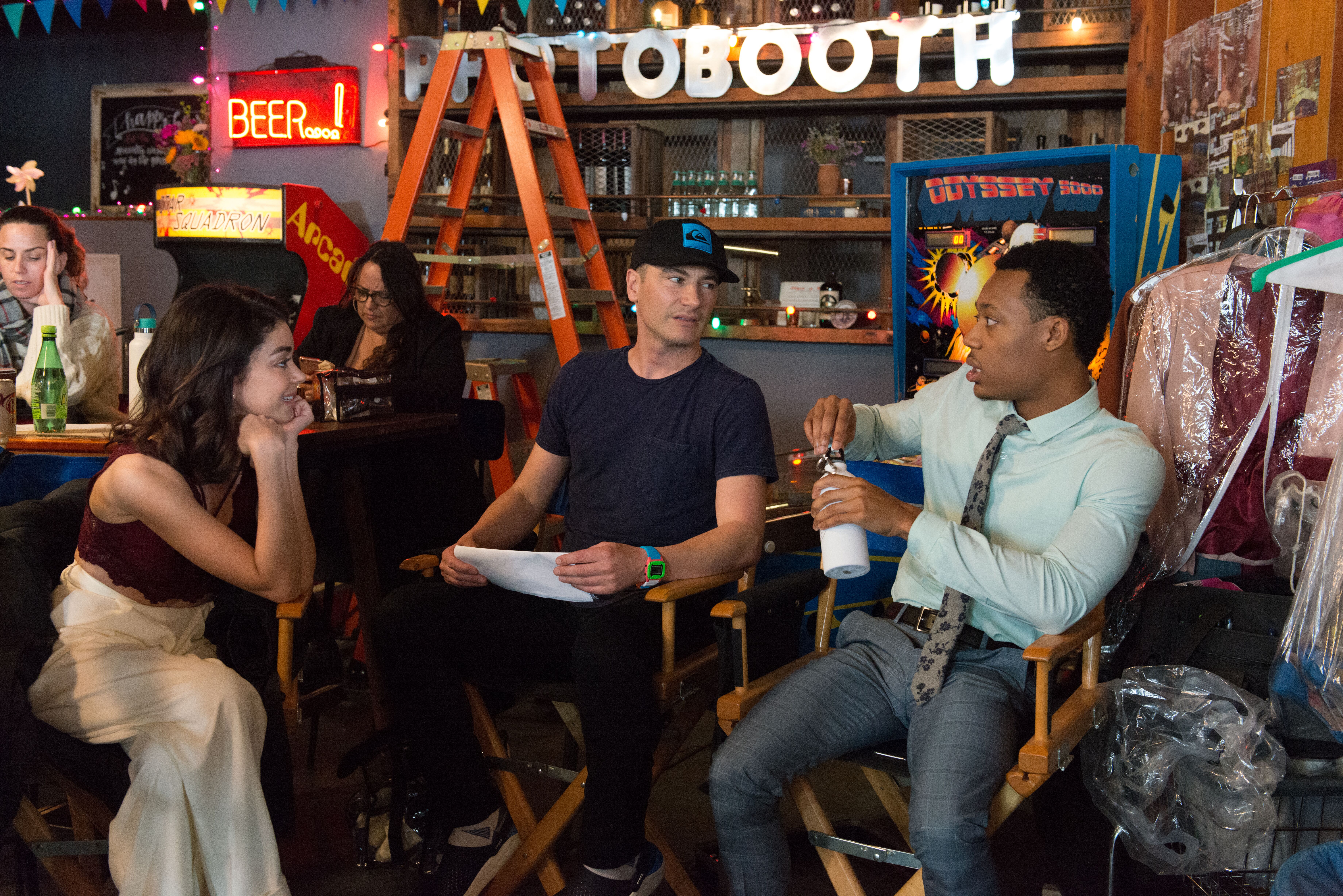 And the Oscar went to…