I had a ticket to Glastonbury and didn’t buy the rest of it. I was in Costa Rica and it completely slipped my mind (I blame the organisers for not reminding me – middle-class problems at its finest). But I also blame myself. And have to take responsibility because I think, deep down, this year it wasn’t for me. My mum and sister didn’t get tickets, lots of my friends didn’t get tickets and a heck load of other people I know didn’t make the cut either. You win some, you lose some.

So  if you want to distract yourself from all the fun being had on a far away field this week, what better way than to line up a host of great television shows (and exercise and eat well and socialise):

Wild  – Film4 – 11.20pm (Obviously go to bed and don’t watch this live. Just hit record and catch up at the weekend 🙂 It’s such a brilliant movie though. Make sure you see it if you haven’t already)

The Hills (New Beginnings) – MTV – I know this isn’t the best quality television show you’ll ever see. But if, like me, you yearn after some of the on-screen entertainment of your former years, I’m sure you’ll enjoy this reinstatement of your favourite Hollywood-based reality characters. This year they’re older and (somewhat) wiser. And joined by an ex-actor of The OC. It’s like all kinds of worlds combining.

Chernobyl – Sky Atlantic – No it’s not still going but if you haven’t already, be sure to catch up on the latest Sky series that’s taken the country by storm.

The Bold Type – Amazon Prime – No, I won’t stop harping on about this television show. Because I love it. And I think everyone should watch it.

Catch-22 – Channel 4 – 9pm – The opening episode of this new series, executive produced and starring the wonderful George Clooney, is nothing short of quick, unusual and hard-hitting. Quick because the script is incredibly punchy and funny, unusual because it looks at war through another lens and hard-hitting because of the subject matter (of course). The acting is tremendous. It’s great to see Clooney on the small screen. And the characters are brilliant. Please don’t miss it.

Killing Eve – BBC iPlayer – All the episodes of the second season are available for your bingeing pleasure. It’s not as good as the first – naturally – but apparently worth a watch all the same.

Years and Years – BBC iPlayer – I gave up on this show after it started to well and truly stress me out but I’ve heard it’s excellent drama. If you can take it for what it is – dramatised politics mixed in with some script writing – then I’m sure you’ll enjoy but if, like me, it will make you worry about the future of our world then step far far away.

Beecham House – ITV – Think Downton Abbey meets The Best Exotic Marigold Hotel. Starring the likes of Tom Bateman who now seems to love a good period drama nowadays. I’m not all that interested in it but I know scores of people will be so I’m including it here for good measure. 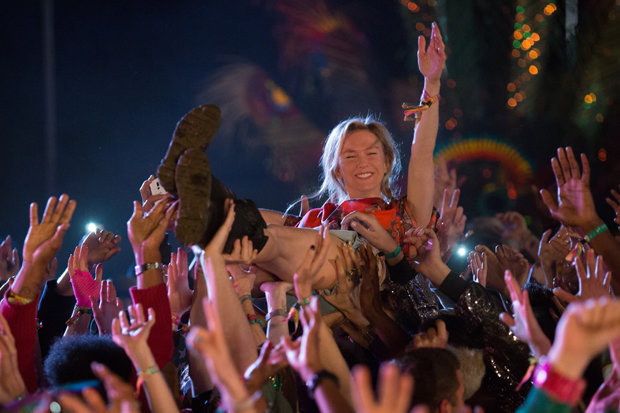 The Lost City of Z

Eat Out, Get Out, WATCH Out