While there was a lot to celebrate at the BFI Film Festival, the figures also speak for themselves as the percentage of productions directed by females was still only 34%. It may be up from last year but men continue to take a lot of the glory.

Let’s do it for the girls

I’ve run out of inspirational quotes so I would list my favourites from the festival. You know – the ones that either had female leads or a strong presence of women behind the camera. Well, every little helps.

Lizzie comes out in cinemas in the UK on November 16 and is based on the true story of Lizzie Borden, a woman living in 1800s America who was accused of murdering her parents. There’s a lot more to the story than this and Chloe Sevigny, who portrays the eponymous Lizzie, alongside Kristen Stewart, who plays Bridget the live-in maid, are both so compelling. Their chemistry is enough to carry the whole film. This is made even more intense as they try to hide from Lizzie’s abusive father who she is forced to live with as she is an unmarried 32 year old. Sevigny, who helped to produce this film, has admitted recently that the final product is not what she imagined (she hoped there would be more of a build up in hers and Bridget’s relationship, for example) and you can see where she’s coming from. Plus, the whole thing gets a bit claustrophobic as they rarely leave the house. I know that was what the filmmakers were probably going for but I’m just warning you. Other than that, I was utterly transfixed. (My friend Tom was not, however). Knowing the real-life story, he said he always knew what was going to happen. I, on the other hand, didn’t. In that case I would advise you not to Google before going to see it. Ignorance is bliss.

The Queen of Fear

This film is a story of a successful actress who struggles to get anything done because she’s so anxious. By ‘get anything done’, I really mean it. She’s the lead in a one-woman show she’s producing but she doesn’t really understand the concept behind it. She avoids meeting up with her friend even though she misses out on a lot of things. She ruins relationships because she’s second guessing them all the time. And she constantly thinks there is a burglar in the house so she can’t sleep. I imagine this film resonating with a lot of us. Ever put something off because you find it stressful? When it’s the art of procrastinating that’s more anxiety-inducing that the doing it part itself? Yeah, me too. The leading actress, Valeria Bertuccelli, who also directs the film, is simply brilliant in this role. She’s flappy and serious in one big confusing bundle and has very touching scenes with her aforementioned friend who is now suffering from cancer. At times, you wonder were the story is going but I was prepared to put this aside. I know it’s a hard sell. What would you rather watch on a Friday night? An Argentinian independent film? Or a Hollywood comedy? I get it. I’d probably choose the latter too. But in case it pops up on your radar, just remember that I mentioned it’s not a waste of your time. It’s a very good reminder of how, no matter the glitz or the glamour, we are all still people with feelings and fears.

And then there was Girl. A film about a young, transgender ballet dancer who wants to lead a normal life but feels hampered by the fact she still isn’t physically a woman. Except she is – in many ways. She is also a bloody good dancer. But of course, there are everyday hurdles to overcome. Like perfecting her dance moves because she’s still not good enough. Or getting changed in the dressing room with the other girls but not wanting to take her clothes off. Some of it is a really hard watch as you see how much pain, both physically and emotionally, she has to endure. The end scene is not one for the faint-hearted either. But what you will be left with is a sense of comfort. Because, just when she feels life really is getting her down, she still has a lot going for her – like a wonderful family to come home to.

Wild Rose had to be up there with my favourites. This British drama tells the story of Rose, a Glaswegian mum of two who has just been let out of prison and who wants to be a country singer in Nashville. It stars Julie Walters too – a recipe for success in any movie. I loved that it looked at how difficult dreams can be; especially when you have two young ones to care for and a fresh criminal record. Sophie Okonado plays the charming Susannah, whose house Rose cleans and who fervently believes in Rose’s singing talent. It’s a little cliche at times – mainly because of this relationship (wouldn’t it be convenient if we all had bosses who were willing to crowdfund for our careers that aren’t even to do with them?). But since other parts of the movie are incredibly raw, these warm and more unrealistic interludes make a welcome change. Wild Rose is in cinemas July 2018.

I thought this film was going to be an entertaining yet pretty middle-of-the-road period drama. I was wrong. I should have paid more attention to the fact it’s directed by Yorgos Lanthimos and I would have then realised that the script was going to be nothing less than witty, the characters would be perfectly cast and the plot – far more exciting. Emma Stone and Rachel Weisz star as women in court competing for Queen Anne’s (played by the wonderful Olivia Colman) attentions and affections. It’s not predictable in any way – which I loved. And the opening comment about a badger means you will be sold within the first five minutes. The Favourite out in cinemas in January 2019.

I attended a female filmmakers panel featuring Jessica Hynes (you’d recognise her from Bridget Jones and many other hilarious productions), Dyana Winkler, Soudade Kadaan, Sara Blecher and Arantxa Echevarria – each of whom had directed a film at the festival. It was an interesting talk and they spoke about a range of things – from difficulty getting their films funded (because they were women) to needing more ‘female allies’ in the industry. Because (some of them felt), unlike men, women don’t do enough to help other women in this industry. It’s a bold shout as I’m sure we can appreciate that not everyone is like that. But I completely understand where they are coming from (and I have witnessed it firsthand). You hear of men getting apprentices in the industry, for example. How often do you hear women taking them on?

These filmmakers also talked about getting more females involved with their productions, how some of them only secured funding in post-production because the financiers then felt like they were taking less of a risk, how their communities were a great source of help when filming and how people mistake less confidence as a sign of being less talented. It was Dyana Winkler, director of United Skates, who made this point. And it’s true. Just because you don’t go into a room throwing your weight about, doesn’t mean you are any less capable. But then – where do you draw the line between that and making sure that your point is heard?

The film festival was a brilliant experience and I was in my element the whole time. Watch three films a day? OK, then. Get a preview of all the good stuff coming out? Well, sure! And I’m really looking forward to directing your attention to the movies that impacted me. Because while some, in my eyes, were pure naff – others were right up my street. And I hope you’ll enjoy them too. 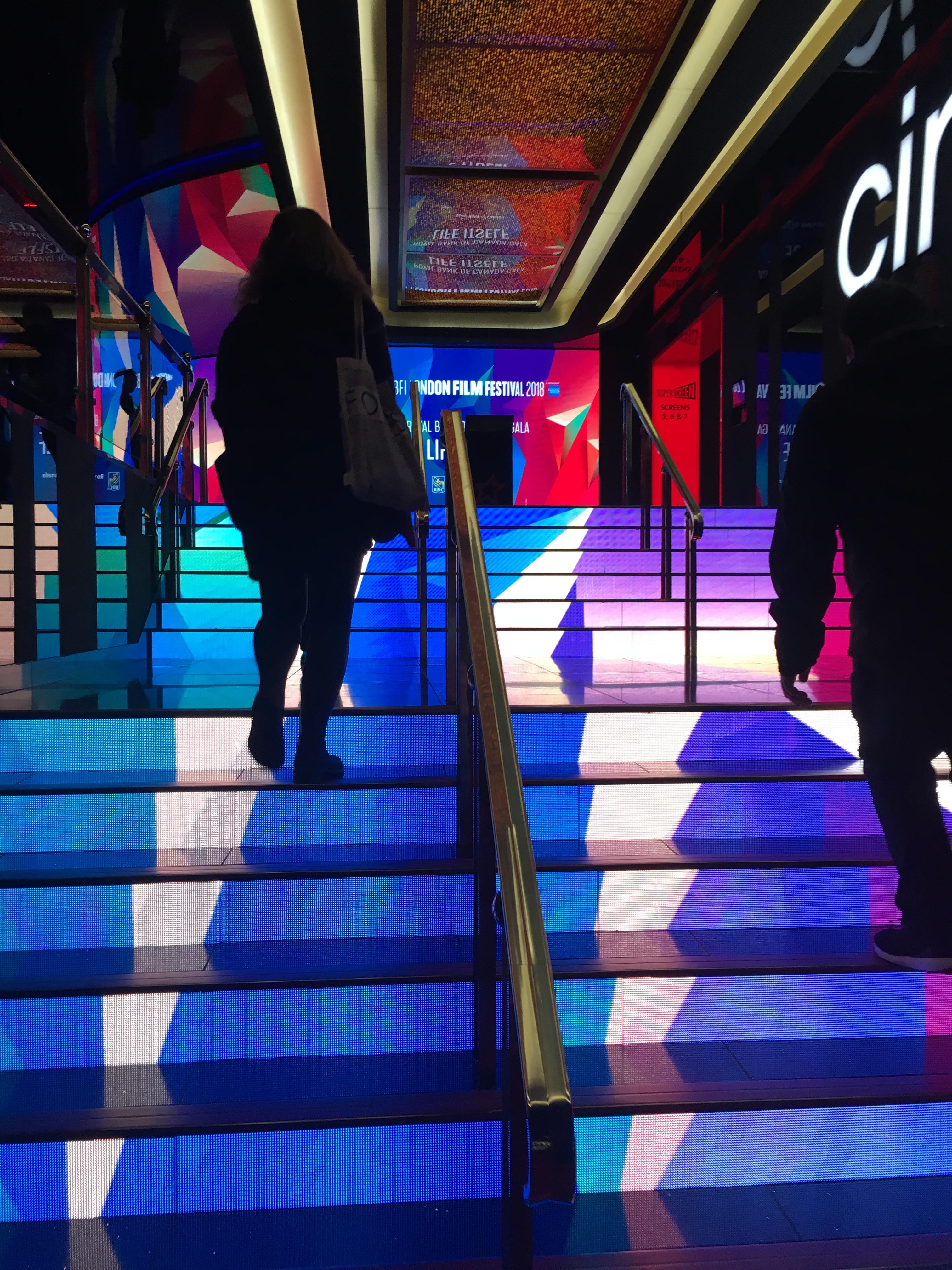 Call Me by Monet: 10 Minutes with Mika Labrague