Two of my very good friends got engaged this weekend and this post is dedicated to them. I know, I know, I have a heap of other friends who are engaged or married. But I went to primary school with Eddie and secondary school with Gem, so it feels like a significant occasion in our friendship group.

In true Screenster style, I got thinking about films and, more specifically, the best proposal scenes out there. I’d love to relay my friends’ engagement story but there are several factors stopping me: 1) They probably don’t want the details of their very intimate and important night, bandied about on my blog 2) I don’t know the full details because I haven’t actually seen them in the flesh yet – I’ve so far had a lovely phone call but I can’t wait to hear every last bit of it when I next give them a squeeze 3) This is a blog about screens – and there you have it. Favourites below.

That moment when Colin Firth’s character Uncle Jamie proposes to Aurelia. And talks in all kinds of crazy languages. And says he’ll exchange her for a prawn. Or was that a different scene? Either way – it was funny and magical in one big swoop.

That moment when Ed Harris proposes to Julia Roberts. “Even when things are hard and you feel like giving up, you have to hang on to that decision, that choice to love each other. Even if it’s only by a thread. I let that thread break once. This time, it won’t. Will you marry me?” 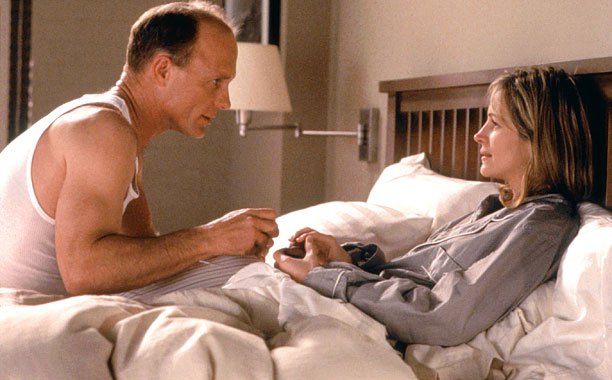 That moment when Sandra Bullock’s character proposes to Ryan Reynolds on one knee in front of everyone on the street. Such a great cast. Such a good film. ‘To the window, to the wall!’.

Sex and the City the Movie

I’m not ashamed to admit that I love this film. And I loved the moment when Big proposed to Carrie with a shoe. Well each to their own, right?! 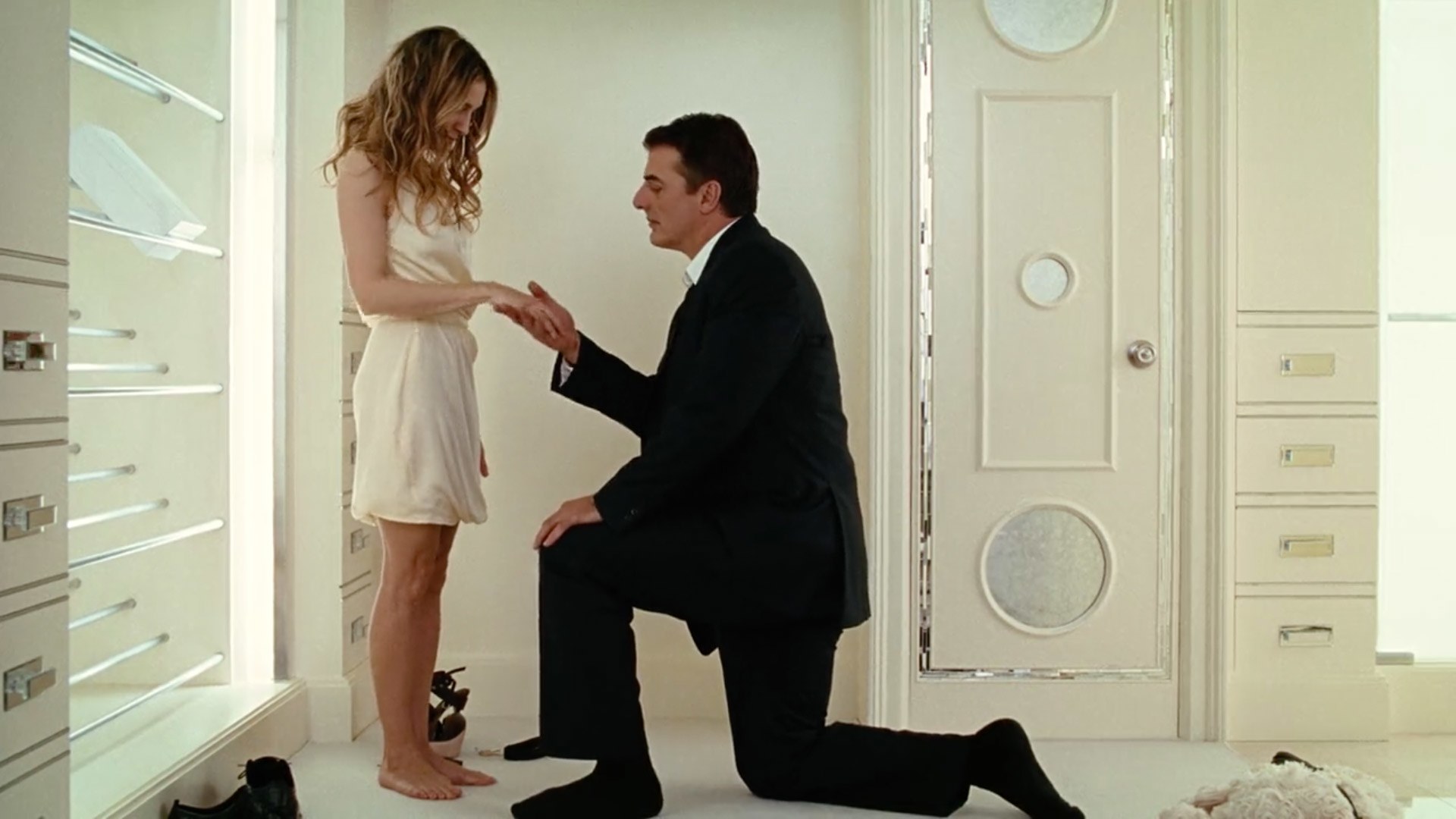 When he wakes up and tries to ask him to marry her but she’s still sleepy and tells him he’s being selfish because she’s so tired. Ahh I can relate to that so much. 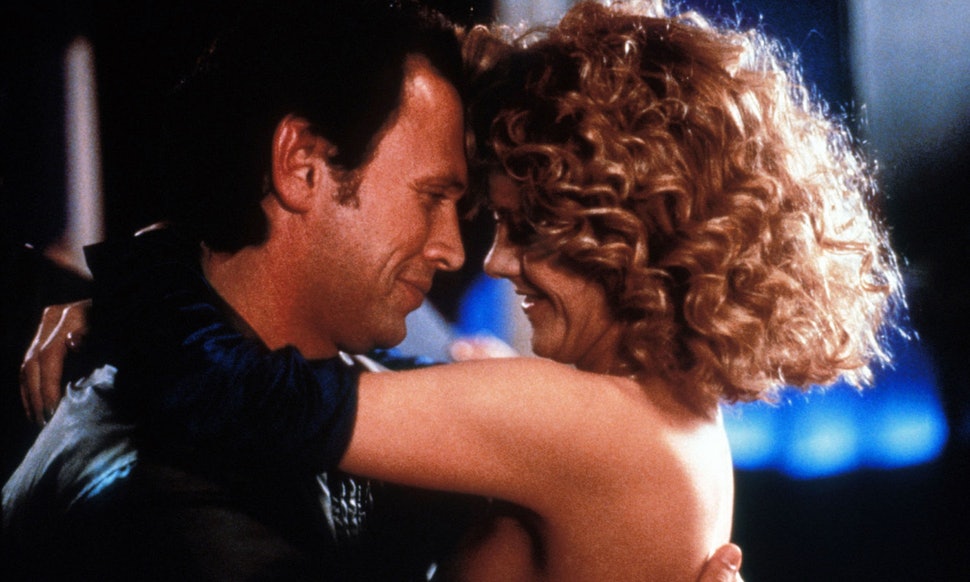 While You Were Sleeping

One of my favourite Christmas films. When Jack passes Lucy a diamond ring over the token counter (watch the film and it’ll make sense), it’s just the best. Such a good movie.

And on the small screen?

Ben proposing to Leslie. She was viewing a house and he showed up. Then when she turned around, he got down on one knee. It made my heart melt. 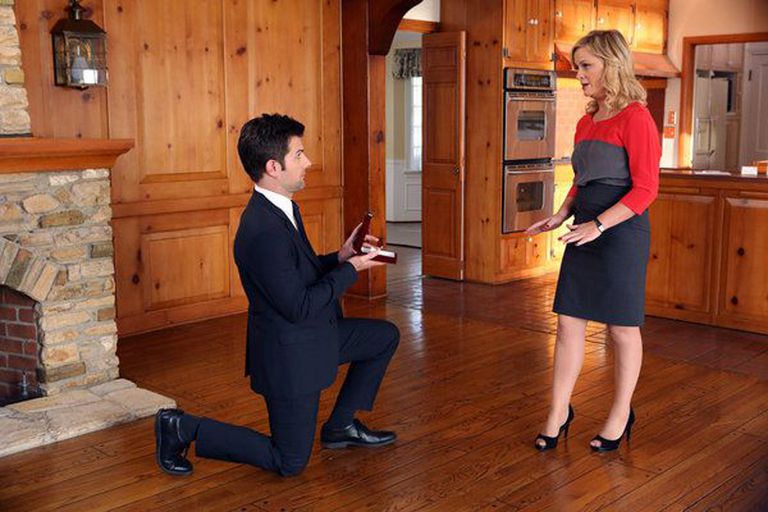 Monica proposing to Chandler. And then Chandler proposing to Monica. Just wonderful. Oh and my situation with my friends is like these two – having your close buds in your friendship group get hitched. That’s the one.

So there you have it. Love scenes. Heartwarming moments. Parts of a film or television show that give you the butterflies. Because that’s what it’s all about, isn’t it. Go on, get all mushy. Stick on a rom com. Tell your partner you love them. Spread the word.

Oh and incidentally, I hurt my knee skiing. So technically the title of this blog could be all about me.