I saw Star Wars: The Last Jedi on Saturday and you should too. No, I’m not usually a Star Wars fan either. But these two latest films have been brilliant. The script is funny, the cast is watertight, the scenery is amazing and the chemistry between the actors is just great.

I would love to do a quick summary of the plot for you, but the truth is that i’m still a bit clueless (so just Google it, OK….). I never kept up with the story as a kid and there was a lot of Star Wars lingo that I didn’t understand, but you get the general jist…..

My favourite character was Poe, played by Oscar Isaac. He reminds me of a friend. And I love how much he loves his little droid BB-8. It reminds me of my love for golden retrievers. Similar thing, right….Second favourite had to be Adam Driver. Not his character. The actor. There’s nothing he can’t do. There’s no character he plays without being bloody amazing. (Paterson, Paterson, Paterson. It’s wonderful).

And the other best part? The CGI-ed little birds that live on the island where Rey finds Luke Skywalker. They’re just so adorable and hilarious in one little bundle. Oh and newcomer to the cast, Kelly Marie Tran who plays Rose. She’s bloody brilliant.

So if you want to know what to watch at the cinema, watch this. Or Pitch Perfect 3 which is out in cinemas here in the UK on the 22nd December, though I saw it last night. More to come on that later!

Star Wars isn’t everyone’s cup of tea. It wasn’t mine. I only went because people would not stop raving about it. And I’m so pleased I did. It’s not always fighting and lightsabers. It’s actually funny and lighthearted in places. My kinda film.

Christmas soon. We’re so nearly there…..(Here’s a little pic of me and some friends from Saturday night. I think I may have hit my Christmas party limit. Only 2 more to go then…) 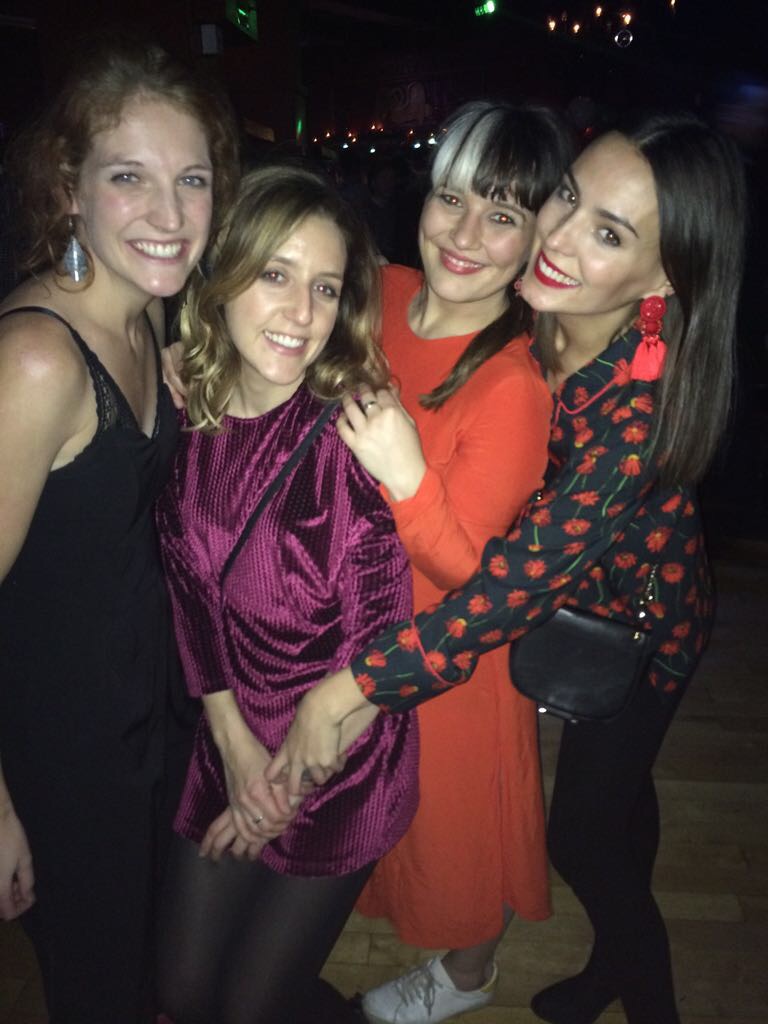