The other day, my friend said that she gets a bit annoyed that her mum wants to watch all the Christmas TV. And that’s me. That’s basically me all over. Christmas day – sit down and watch a film. Christmas morning – talk about what films we’ll be watching. Boxing day – open up the Radio Times. Christmas eve – what TV can we squeeze in before the pub.

Because I feel like i’m cheating on, well….life….if I don’t keep an eye out on the screen festivities around the big day. It literally is one of the biggest things in my calendar. OK, OK. I do actually HAVE a life. I go to the pub with my best friends on Christmas eve (after watching the latest BBC drama). I have a walk, play games and socialise with my family on Christmas day (once I’ve arranged what we’re going to sit down and watch at 6pm). Etc etc. You know. I put the time in with other things.

But let’s face it. Christmas is the one part of the year you decide to dust off the ol’ RT mag. Ohhhh – they’re suddenly cool now, aren’t they.  Watching TV isn’t such a couch potato thing to do now, is it. Because this time of year truly reminds us why film and television is actually important.

It brings us together.

So here’s the way to approach film and television this Christmas. In a few easy steps:

Because she might be onto a winner and then you’ll enjoy it too. And you get to sit with your mum and watch a show together. If you live in London like me. And run around every 5 seconds. And don’t get the chance to hang out with your family all the time. Then it’s worth it.

…towards the screen. I’m talking Love Actually, Four Weddings and a Funeral. Or anything like that. Ya know. With Hugh Grant. Or Rupert Everett or Billy Nighy. They never fail to amuse.

Watch the DVDs you got given as a present

The person who gave them to you will love you.

If in doubt, always go for comedy

Trust me. It goes a long way at Christmas time.

Look out for the latest BBC dramas

It’s a talking point and most of them are good. Plus i’ll probably be harping on about them too, so there’s that.

Visit a pop up Christmas cinema

You know the ones. The pop up screens I’ve mentioned where  you can cosy under a blanket, get some mulled wine and watch your favourite festive film on the big screen. It  might be a bit late to book in now, but some places will still be available. And some of them are accompanied by fun events like Winterville in Clapham Common.

You would never, in the past, have caught me saying this. I had no interest in Star Wars as a kid. I didn’t find it interesting or appealing. And then the open casting came along and there I was hoping desperately I would be chosen for the part that went to the wonderful Daisy Ridley. And suddenly I was hooked. And then I went to see it on the big screen. I thought her and John Boyega were hilarious (in a good way) and it was actually a brilliant story. So yeah, I loved it. And it’s out this week. So you should watch it too. Grab a friend who you know loves it, and go see it with them.

Use your TV as an excuse to eat the Christmas leftovers

I love it when my mum gets all the leftovers together – after you’ve had your big meal – and puts them on a plate and we eat it in front of the television. The fire’s on, the TV’s bright and the dogs (if we have somehow managed to borrow a dog) are at our feet. It’s a lovely time and I feel so happy. Eating leftover turkey, the occasional prawn (yes it’s a weird assortment), some avocado and salad. Oh yeah. And pigs in blankets. Trust me, it works.

Monday 11th. It’s freezing. It’s snowing. And we’re well and truly in the Christmas swing of things. I know you’ve got the Christmas parties to attend (I’m excited), the beers with friends to be had, the festive jumper competition, the carol singing, the family showdowns. But once you’ve got all that sorted, i’ll be here. With all the recommendations. Stay tuned 🙂

(Here’s a picture of……’Prince’ and I at a Christmas party once. Pretty realistic, right?!) 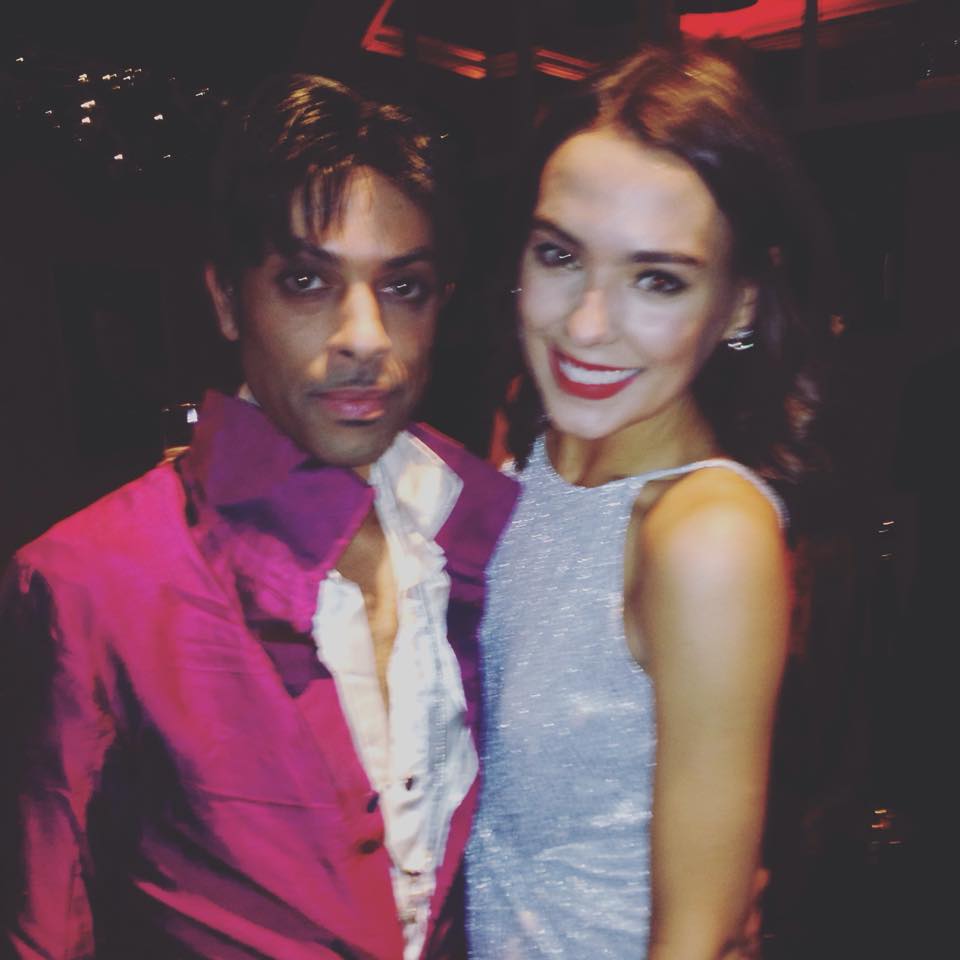 What to Watch this Easter