So what’s all the fuss about?

Jessica Biel plays Cora, a middle-aged lady with a nice family. She seems pleasant enough; she’s got no criminal record, no mental health problems and her life is pretty sweet. Except one day – a man on a beach begins to annoy her and she pulls out the knife she’s peeling her son’s fruit with, and stabs this stranger to death again and again. And again.

And that’s why it’s so compelling. Because it literally comes out of nowhere (they’re just bathing sweetly on the sand as demonstrated in the pic below). There’s no build up, no ominous music. The sun is shining, her family are sat beside her and the man is not given much attention by the camera. She just seems to have noticed this couple, lolloping (my new favourite word) about, for the first time. So when she gets sent straight to prison, she pleads guilty. 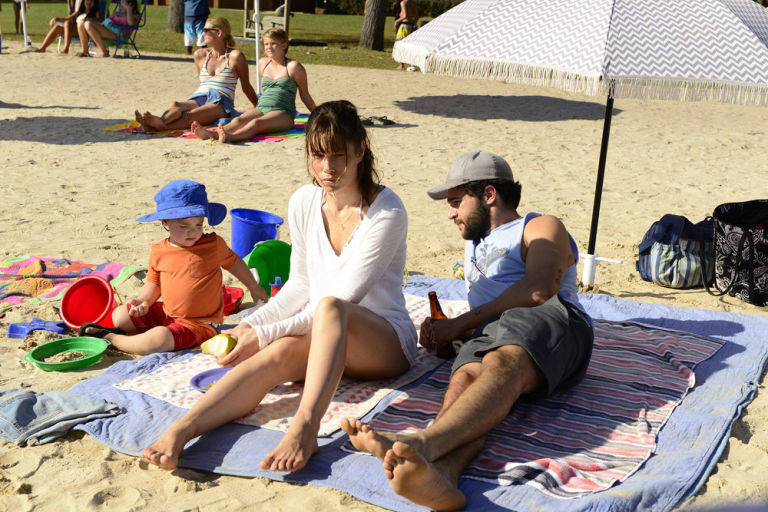 And now I’m five episodes in and we’re learning more and more about her troubling childhood. Bill Pullman’s character, bless his heart, has his own problems. And he’s desperately trying to get to the bottom of her case, despite Cora’s willingness to be sent down under (not Australia) for 20 + years without question. ‘I did what I did’ is all she can respond with. But Bill ain’t having any of it. He’s not convinced she’s fully in tune with herself. And gradually we’re getting to grips with who she really is.

So this is why I recommend you watch The Sinner. Because the acitng is brilliant. It’s great to see ol’ Charlie from Girls (Christopher Abbott) return. And Jessica Biel is back with a bang. No longer can she be confined to the realms of ‘shitty’ romcoms (I don’t think they’re shitty, I think they’re hilarious). Oh and by the way – don’t worry about Mr Abbott’s career. His falling out with Lena Dunham (she apparently phased his character out on the show Girls because they weren’t seeing ‘eye to eye’) seems a distant memory now because he appears to be doing just fine.

Go on, have a glance. You’ll be hooked. 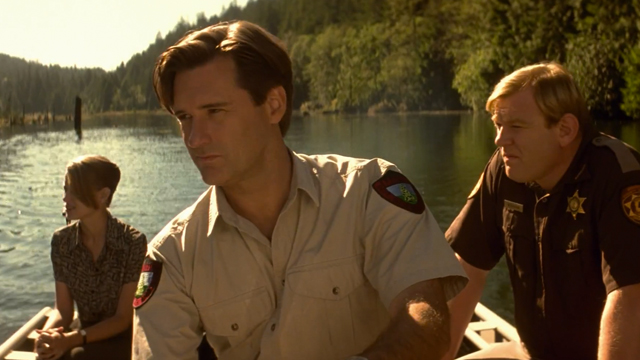 6 Times Emma Stone Did it Right