I wrote a review for this wonderful film last year. And this weekend I watched it again. Paterson, starring the incredibly talented Adam Driver, is a film you just have to see. Nothing much happens, and yet it does. It will make you feel calm inside. Go on. Have a little read of my ramblings below. It might tempt you.

Jim Jarmusch’s Paterson is a quiet, reflective story of a man who drives a bus and writes poetry in his spare time. Paterson is his name. Paterson, New Jersey, is his home. And it’s a distant land from Hollywood. This isn’t a typical plot-driven, action-packed tale, but that’s where its genius lies. Adam Driver plays the title character, brilliantly encapsulating the simplicity of one man’s existence and the beauty he can derive from it.

The film oozes director Jarmusch’s style at every corner. The ghost-town backdrop dotted with a handful of quirky characters, the camera’s close-up on Paterson in the driving seat as we follow the bus’ same route every day. And yet by its very nature, it defies style. There is no major plot twist, no end goal. Paterson’s poetry brings him happiness, providing him with release and contemplation in an otherwise humdrum life. Despite efforts from his devoted wife Laura, played by the effervescent Golshifteh Farahani, his poetry exists in a single notebook. This is the only goal he needs.

The acting from both Driver and Farahani is outstanding. Laura’s eccentricity could border on irritating but Farahani avoids this pitfall. Instead, she presents herself as a great contrast to Paterson’s stillness. This is what makes Driver such a watchable figure. His face captures every nuance of his feelings, seeming frustrated and mesmerised in equal measure.

Peripheral characters also offer welcome comic moments. In one touching moment, Paterson’s colleague Donny asks him how he is, having complained about his own wife and mortgage problems. Paterson pauses and returns with a simple ‘I’m OK’. And he really is. These characters punctuate Paterson’s routine without ever derailing him. One night at a local bar which he frequents with his pet dog Marvin, a fight breaks out between two former lovers. It is an alarming moment which thrusts Paterson into action. But that’s all it is; a moment. And Paterson resumes his life shortly afterwards, into the comfort of his wife’s arms and his park bench or basement room where he pens his ideas. It is quietly reassuring. 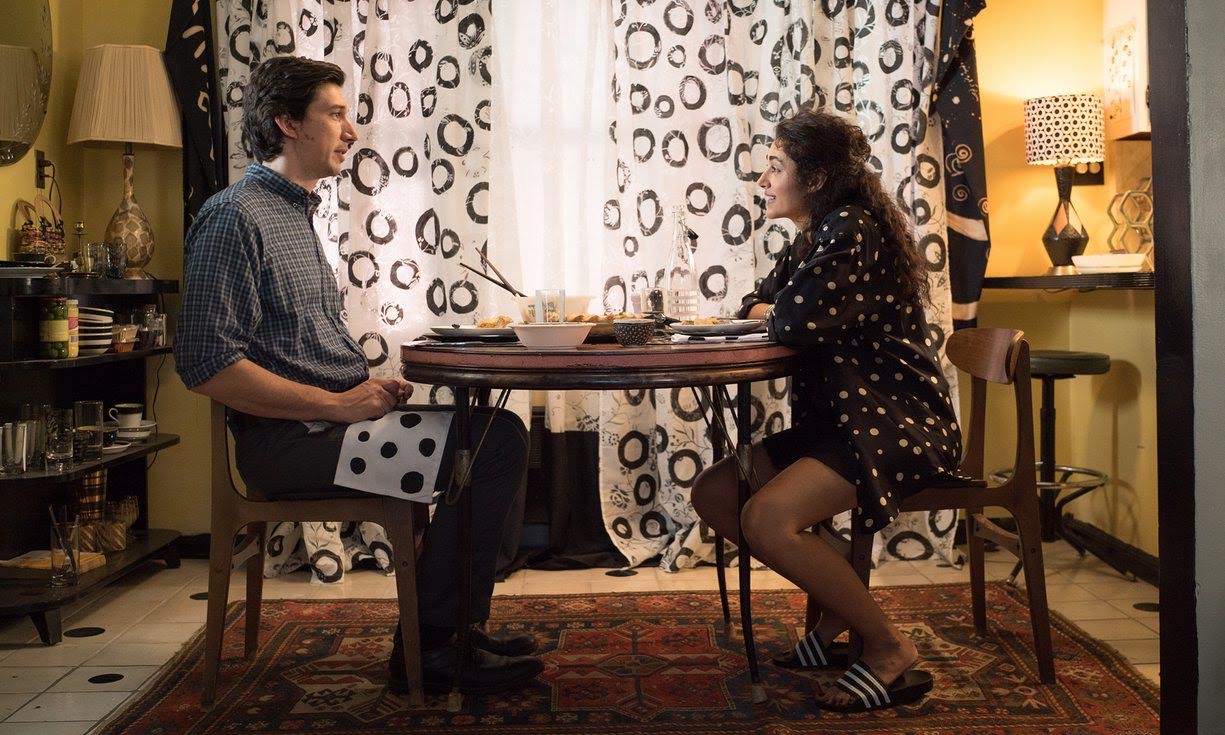 In this sense, the film is a breath of fresh air. Jarmusch reaches out to his audience in subtle ways, perhaps with greater effect than any big drama or climactic ending could. One morning, Laura tells Paterson she dreamt they had twins. Twins appear throughout the story; on his walk to work, in the bar. Passengers discuss their worldly ideas on Paterson’s number 23 bus as he listens on, contemplating.

When Paterson writes his poems, the words are scribbled across the screen with Driver voicing them. The simplicity of his subjects laid bare. They range from aching heartbreak, to a box of matchsticks Paterson and Laura keep in their kitchen. These shifting observations of everyday life represent Paterson’s place in this world. He is not sheltered, nor does he conceal a dark secret. It is simpler than that; he is acutely aware but comfortably distant. He has a wonderful ability to stop and reflect, all the while maintaining a level of innocence it’s hard not to be admirable of.

Jarmusch creates a sense of utopia in this utterly charming film. It is a place to enjoy the simple pleasures in life. Perhaps we could all take a leaf out of Paterson’s book. Pause, look around; you might be surprised at what you find.