I thought I’d write a little note about the films I saw and what I thought of them. Ya know. For good measure and all of that jazz.

First we had The Meyerowitz Stories (not technically part of the LFF but still a film screening while it was all happening, so it counts in my head). It was by far the favourite of all the films I’ve seen. And possibly even a new favourite film of mine full stop. It really was incredibly special and i’m so glad it’s out on Netflix now so you can enjoy it too. Recommendation? Watch it with your family. Go back to Surrey or Kent or Ireland – or wherever your family lives, and stick it on around the fire. I can’t wait to do that with mine. I’ve got my heart set on Christmas if we don’t get together before. There’s nothing better than a good movie post-Christmas dinner. Maybe a cheeky ham sandwich, cup of tea and about 10 milk tray chocolates for good measure. In an ideal world, a golden retriever would be lying at my feet and my sister would be giving the film her full attention. I can but dream.

The second film I saw was Brigsby Bear. I was worried he was totally stealing my idea for a TV show/film (get your arse in gear, Georgie!) but alas – i’m safe. The premise is that James lives in a bunker, watching a show called the aforementioned BB. That’s what life is to him – this film. And then he gets rescued (his parents are not his real parents and he was abducted as a baby) and Brigsby Bear ends. So he sets out to make the last movie. The concept is really interesting, the leading actor is subtle and funny and there are loads of touching moments. It wasn’t as epic as I was hoping it would be, but I would totally recommend you go and see it.  What will you get out of it? Some laughs and a reminder that we can go through dark times but we’ll always get through it. Oh and also it might inspire you to make your own film. (Here’s a picture of me having just finished some soup, waiting to go in. Or rather of my empty bowl and my laptop #blessed) 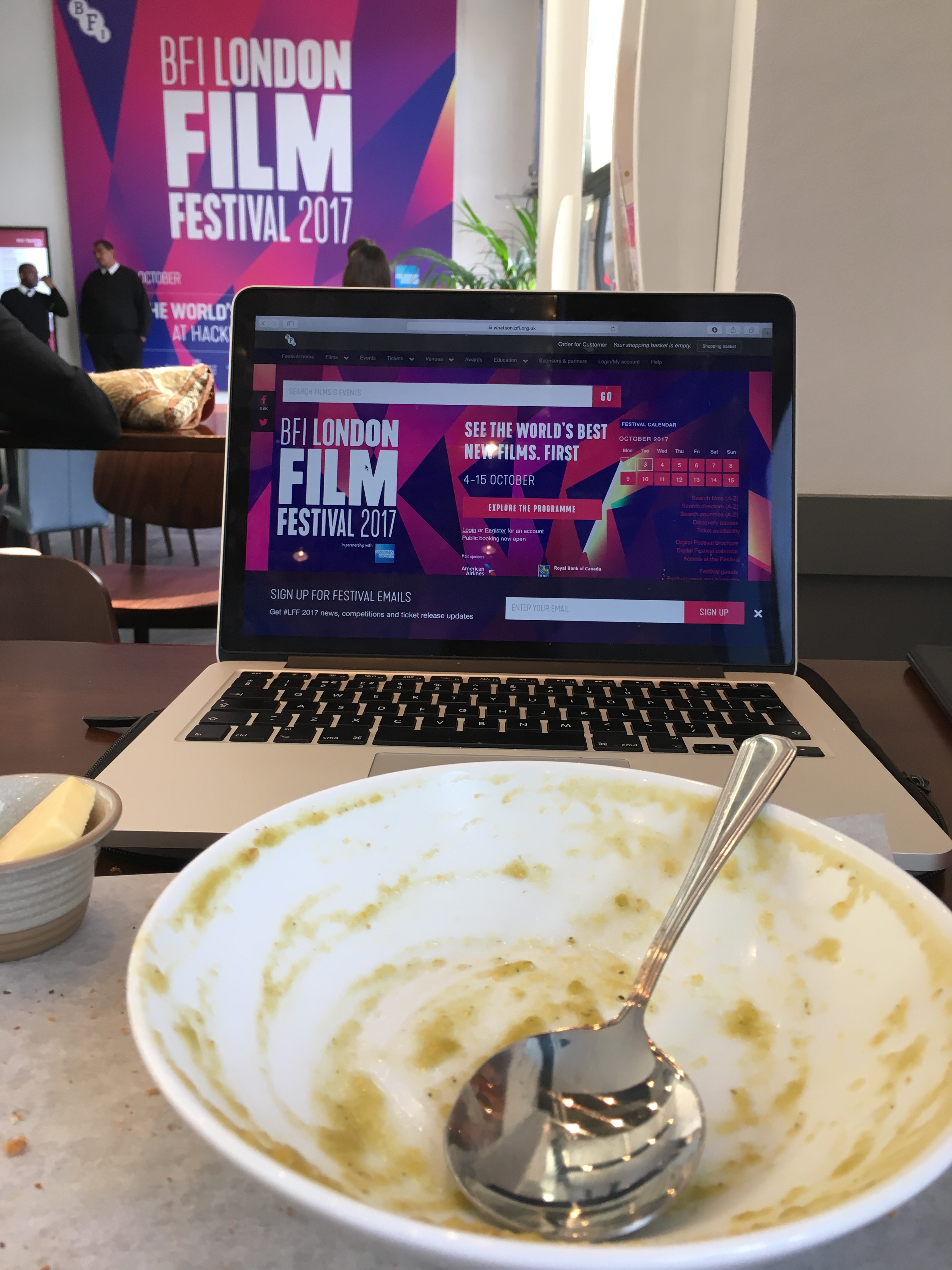 And finally I saw Downsizing on Friday with my producer friend. Have a look at the trailer here. Looks good doesn’t it? Seems tight, funny and packed with a really interesting idea. Quite topical and quite Truman-show-eque. Heck even a little bit would-this-actually-happen-in-the-future-I-wouldn’t-put-it-past-us. But drop that. Drop all of those thoughts because I’ve never seen a film go off on more on a tangent than it did here. What starts off as a really interesting idea, diverts into some crazy off-topic route that had me completely baffled and searching for some kind of hidden message behind it all. As far as I could discern, there was no hidden message. It was as if the creators had got completely lost. And in the Q&A with the director, producer, actor Christoph Waltz and Hong Chau after, I could kind of see how this happened. Director Alexander Payne (seemed like a lovely bloke) touched on the fact that making a movie as part of the Hollywood system can be very frustrating. The creativity is compromised in places and you don’t get the artistic scope you might do with an independent film. Hmmmm – that DOES explain a lot. When someone in the audience also asked why a scene from the trailer was not in the actual film, he explained that annoyingly the trailer makers had cut it from a really early edit of the film. Bear this in mind when you watch it. Or you might be quite disappointed. Even Matt Damon can’t save you guys – sorry! Standout performance though? Hong Chau – what a wonderful actress.

So there you have it! My LFF times. Only 3 x films seen. But a lot researched and a lot written down for future reference. I plan to see many more when they come to wide release in cinemas and even DVD (DVD, lol, I mean video on demand). One film i’m particularly gutted about not seeing early? Ingrid Goes West. Looks ace. And who doesn’t love the dryness of Aubrey Plaza’s humour. In other news, the film festival has now ended. If you’re at a loss on what to watch at the cinema (if you haven’t yet seen Blade Runner), check out The Party. But go with your mum and dad. Or family member. Because I think they’ll like it.

Did you watch Crazy Ex-Girlfriend or Mindhunter or The Good Place this weekend? Do it, do it. Happy Monday x 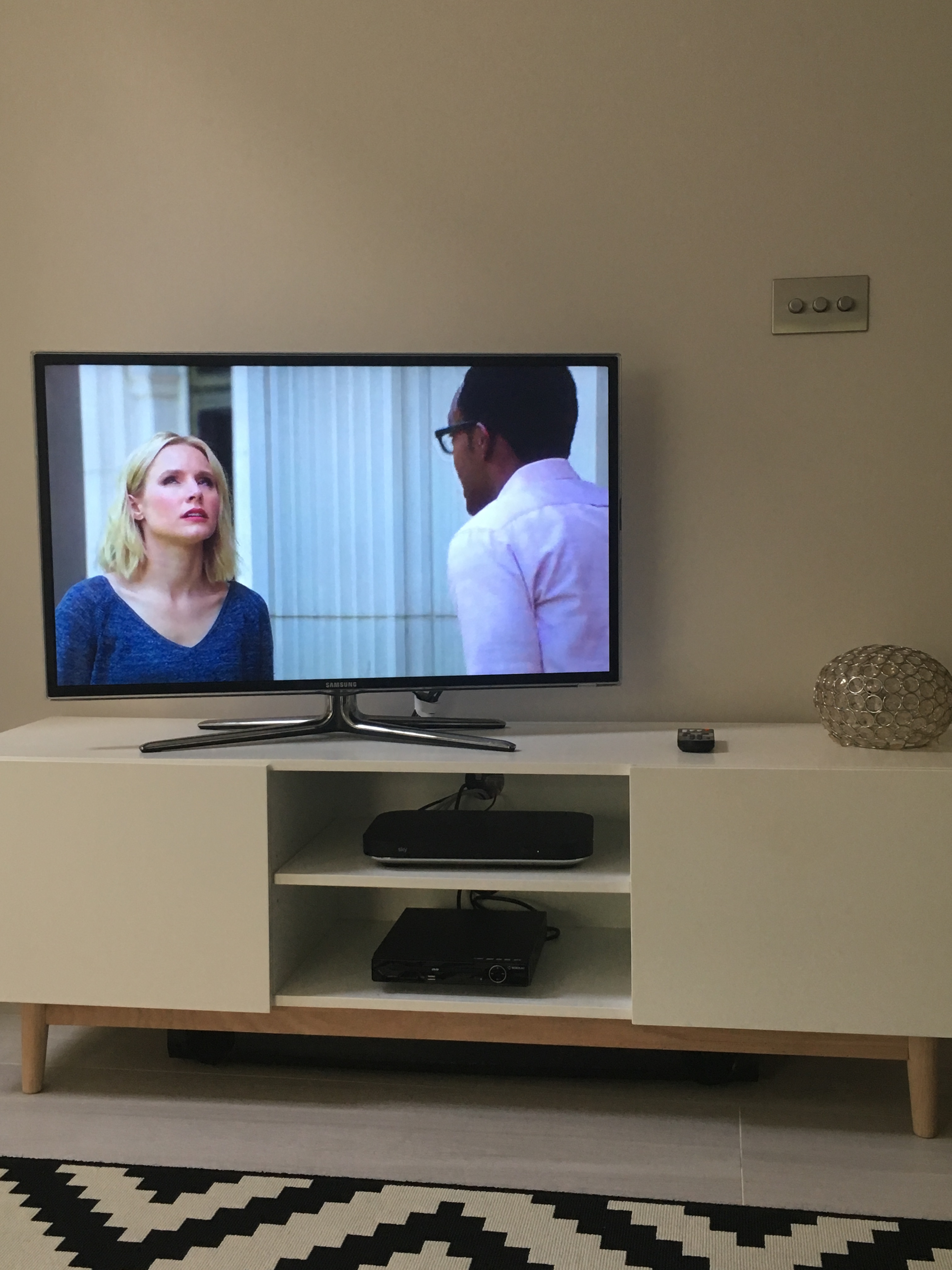 Females at the Forefront