There are tonnes of films coming out soon – catching the end of summer and beginning of autumn (HOW IS IT NEARLY AUTUMN). But let me round down a select few that I fancy the look of and think you will too.

I’m most excited to see A Ghost Story this Friday. It stars Rooney Mara and Casey Affleck; one a grieving widow, the other a white-sheeted ghost (yep, really) who returns to their family home to reconnect with her. It looks pretty terrifying from the posters, granted. But if you watch the trailer, it’s not so bad. Want light-heartedness? Don’t come here. Fancy a poignant insight into love and loss? OK, then. (But I warn you, it’s not going to be easy). Catch it from August 11th.

Everything, Everything is at the top of my radar and comes to cinemas on August 18th. It seems a little far-fetched but a nice coming-of-age lovestory. Plus it’s got a cast I’ve never seen in anything before – and that’s always refreshing. A good reminder that the cast of Downton Abbey and Game of Thrones aren’t going to take over our screens forever more.

OK so I thought Rough Night (out August 25th) looked ridiculous. Another one of those R-rated comedies that seems like a dying breed. We need a bit of wit behind the silliness. There’s only so much partying in Miami and living out of gigantic houses whilst seeming to not give a shit, people can take. And only a few Saturday Night Livers we can handle on our screens at once. But I think this one looks like a good giggle. Plus it has Scarlett Johansson in it. Bit of an odd blend. Though i’m all the more intrigued….

Josh O’Connor is an interesting actor and I’m keen to see what he’s up to in God’s Own Country. It tells the story of a farmer in Yorkshire whose daily pattern is ruffled by the arrival of a Romanian migrant worker. Sometimes I find these films a bit too close to home. I mean – I’m not a northern farmer or anything, but it’s pretty much a game of spot-the-drama-school-graduate. Oh well, as long as they entertain me, I’m all ears. Watch it from September 1st.

Una (September 1st) stars our main girl, Rooney Mara (she’s in EVERYTHING at the moment!), as a woman who seeks out the man who had an affair with her when she was thirteen. It looks like heavy stuff but the reviews are cracking and the cast (think Riz Ahmed) is brilliant.

So there we have it. A few picks from me. I’m not really interested in the likes of Atomic Blonde or The Dark Tower. If you’re looking for info on those types of films, you’ve come to the wrong place I’m afraid. Anyway. Happy Tuesday!! Here’s a picture of my friends and I in Bristol this weekend. Because life can be like the movies 🙂 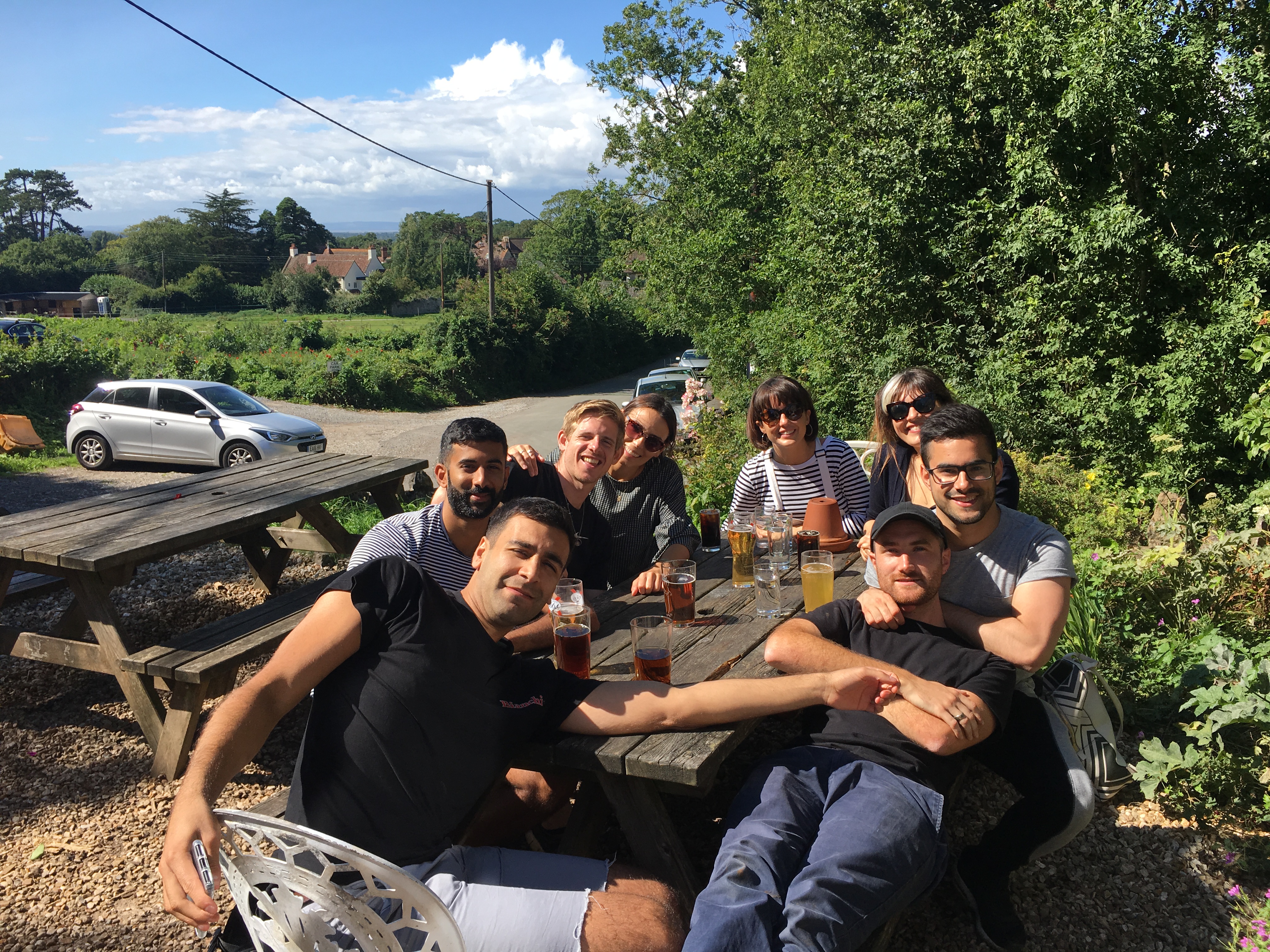 TV Recommendations for my Friends