TV and Film – The Big Hug

I wrote this post last week before the awful incident happened on Saturday night in London. Above all else – if anyone is reading this, I’m glad you are safe and well. I don’t like getting political on my blog but I just want to let you know that LOVE WINS. FRIENDSHIP WINS. FAMILY WINS.

The below now seems slightly insignificant compared to the heartbreak some are currently experiencing – but if it perks you up in the slightest or makes you feel less alone, then i’m happy.

I get a bit down sometimes. Not depressed – but frustrated. I’ve definitely changed as a person since embarking on this acting lark. I used to be happy-go-lucky and the day I started drama school, was the day I noticed a difference. I worry quite a lot now and I really didn’t used to like that. And i’m already annoying myself because i’m becoming one of the whingey actors I hate. I can’t really watch shows like Fleabag because I just find it a bit close to home and a bit down in the dumps. (Whereas I love Girls because it’s over the other side of the world!). But yeah – it’s hard. And you sometimes wonder if it’s all worth it. I am so passionate about entertainment and the difference it can make to your lives but is it worth the struggle? The break ups? The low pay? The hours spent crying on the phone to my parents asking them what the hell i’m doing with my life? The endless time spent on a reception desk to make ends meet in between acting jobs with people making comments like ‘don’t bother with her – she’s just a receptionist’ (you awful woman) when I could have been some high-flying business woman putting HER in her place? I feel like I’ve sacrificed so much – but if I don’t get acting jobs, was it all worth it?

Anyway. I got good grades at school, I always worked my arse off, I did really well at university and I can’t help thinking that I could have had a stable, rewarding job like anyone else. The main point is that you work incredibly hard in this industry but working hard doesn’t necessarily mean rewards. In any other ‘normal’ job, you work hard and either get more time on your CV or an increase in pay. It’s difficult to not to think of that sometimes. Especially when a large proportion of my friends did the university and get-a-good-job-after thing. Lots of actors I meet only really hang out with other actors. It’s as if they don’t know the flipside. (Maybe this would have been easier for me?!) Buuut…no offence…I can only take hanging out with other actors in small doses (other than my lovely drama school friends Deeps and Eleanor).

That said – I chose this path. And I know a lot of people out there wonder if they are doing the right thing too. And I refuse to become part of the cliche. I didn’t want to set up a blog or podcast or website or instagram about me just as an actress. Because then I become part of the mould of a lot of other actors who are just moaning much of the time. Also a lot of the guys at ‘the top’ don’t seem that happy. Because what do they do all day when they’re not working?! I want to talk about television and film because I actually want to make a difference in the meantime of not performing.

I’ve done some good TV gigs, I’ve started this blog and I literally try and be proactive every single day. What makes a difference is knowing there’s even one person out there reading this. And I promise I won’t moan any longer. I  just needed to vent.

*dammit – why was Girls written already*

Now back to business

I was asked the other day what film I watch when I ‘want a hug’. And my answer was immediately She’s the Man. It’s one of my classics; funny, I know all the quotes and it reminds me of being a teenager. And of my friends.

But there are so many other films out there I could also mention. Like The Notebook, anything with Steve Martin like Father of the Bride or It’s Complicated (the BEST film – John Krasinski, you are my hero), anything with Diane Keaton in (except that Woody Allen film – I have to admit i’m not a fan), Disney films, American Pie perhaps or Elf at Christmas time. I like silly films and rom coms. And yet i’m open to most things. I do love the recent Adam Driver film Paterson and indie films like 5 to 7 starring the late and utterly talented Anton Yelchin.

If i’m feeling blue, I need films that will make me laugh. There’s no use trying to watch something like Synecdoche New York and going into even more of a daze through simply trying to get my head around it. I’m very aware that when I need things to be better, I watch American stuff. It just sort of sets me off in another world and gives me a bit of hope. I was watching Paula on the BBC the other night. But I just found it all a bit….dark.

I do find that sometimes content has to be seasonal. Think about The Replacement and how watched that was (even though the last episode was utter NONSENSE – sorry I know I hate being negative but seriously….) because we all enjoyed curling up on our sofas and looking forward to it on a dreary evening. With Paula – I was distracted by the sunshine and suddenly I didn’t want to visit a dismal Irish land. I wanted to stay firmly in my London flat or a sunny American coast, thank you very much.

(That said, I do love seeing these shows because it is a good reminder of all the jobs being crated for actors out there.)

So my key ingredients for shows or films when I am blue, ARE:

And here are a few suggestions:

Ally McBeal, Only Fools and Horses, Friends, Gossip Girl, The OC, Crazy Ex-Girlfriend, Master of None, Unbreakable Kimmy Schmidt, New Girl, Entourage, The Office (both American and UK), Friday Night Lights, Hart of Dixie (does anyone remember this?? Cess, I know you will), The Mindy Project (I can’t get into this but I do love Mindy Kaling and I know my friend Deeps loves this show)

Those are just some to start with. Happy Monday.

PS This is a picture of me with my old golden friend Fudgey. Because when i’m down I also look at pictures of golden retrievers and it seems to make everything better. I mean just look at my instagram….. 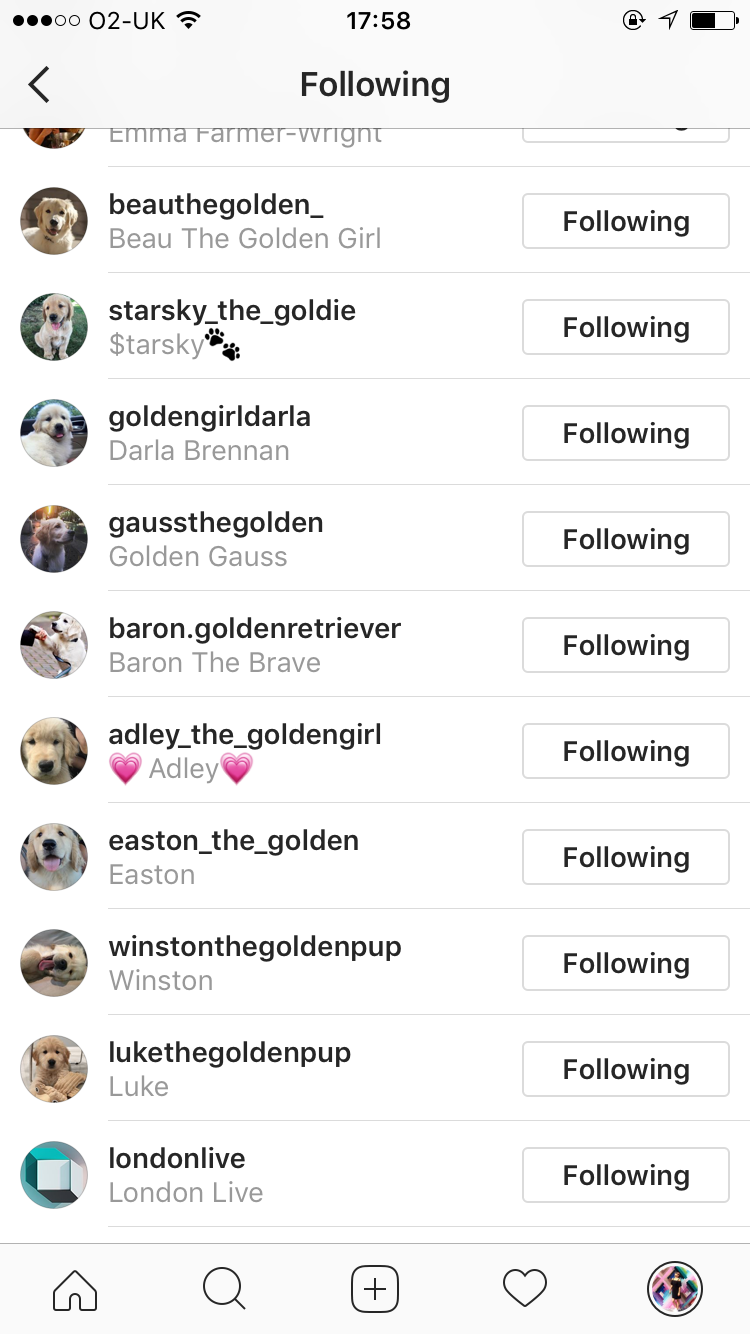 Don’t Worry About IT